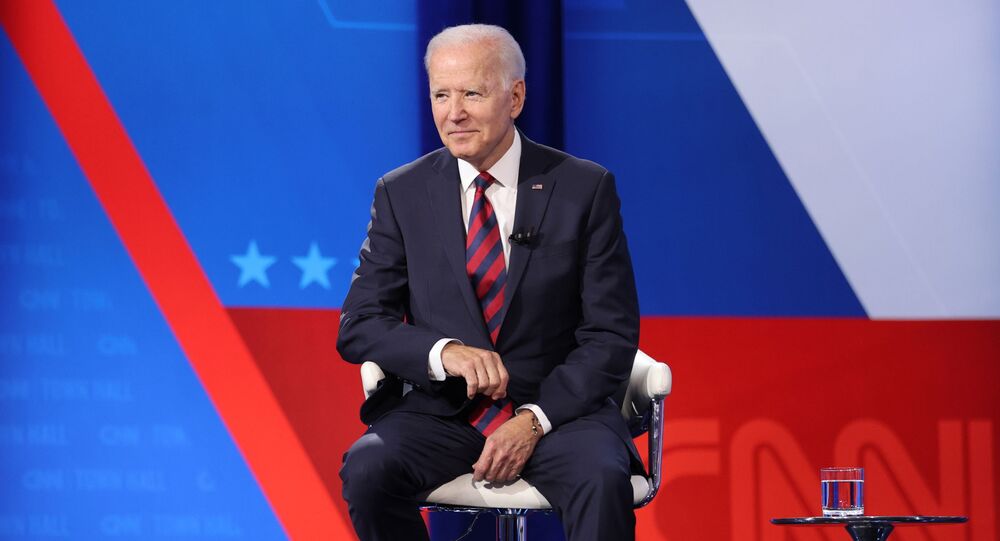 Six months into the presidency, Biden has faced major issues: the raging COVID-19 pandemic (including new mutations), surging numbers of illegal immigrants at the southern border, and the stalled infrastructure deal. On the foreign policy front, major decisions are pending regarding the US pullout from Afghanistan and developments in its backyard.

On Wednesday, US President Joe Biden took questions from the audience in a CNN town hall in Cincinnati, Ohio, as six months have passed since he took the oath on January 20.

Here are major topics the 46th has touched upon:

Biden underlined the importance of combatting misinformation regarding the COVID-19 pandemic and vaccination.

“I mean, literally listening to the scientists and not interfere. Not rush anything, just make — let the scientists proceed. They desperately want to get this right,” Biden said.

The president also said he expects children in the United States under the age of 12 to be eligible for a coronavirus vaccine sometime between the end of August and October.

“They’re [Food and Drug Administration] not promising me any specific date, but my expectation talking to the group of scientists… is that sometime maybe the beginning of school: at the end of August, beginning of September, October,” Biden said at a CNN Townhall on Wednesday when asked when children in the United States under the age of 12 will be able to be vaccinated for COVID-19.

Combatting Gun Violence Hard Due to Lack of Bipartisanship in Congress

“The people who are in fact using those weapons are acquiring them illegally,” Biden said, referring to criminals. “…So what happens is I’ve gotten ATF… I have them increase their budget and increase their capacity along with the Justice Department to go after the gun shops that are not abiding by the law of doing background checks.”

The 46th also vowed to launch probes into illegal gun dealers who “are not abiding by the law.”

“We are going to launch major investigations to shut those guys down and put some them in jail for what they are doing, selling these weapons,” he said.

President Joe Biden announced in June that his administration will crack down on gun violence in anticipation of a spike in crime this summer. Washington DC is among the five cities that will be home to a new task force set up to combat illegal gun trafficking.

Biden Supports Right of ‘Dreamers’ to Come to America

Biden said he is not giving up on the Deferred Action for Childhood Arrivals (DACA) program, which shields some young undocumented immigrants from deportation, after a judge issued an order temporarily blocking the government from accepting new applications from the so-called Dreamers.

Last week, US federal judge Andrew Hanen ordered the Department of Homeland Security to stop approving new applications for the DACA program. He said the DACA program violates federal law because a US president does not have legislative power to declare that a certain category of undocumented migrants is in the United States lawfully.

“I’m not letting this go… they [Dreamers] should be able to stay in the United States of America,” Biden said on Wednesday.

’24 Hours, Nothing But Pain’: Jacob Blake Speaks in Public for First Time Since Being Shot by Police