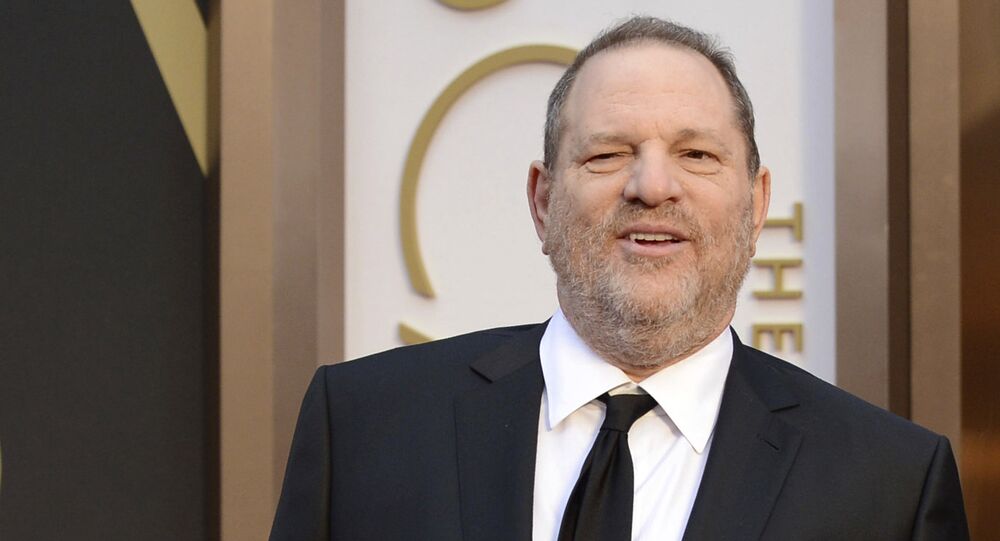 Disgraced Hollywood film producer Harvey Weinstein was extradited from a New York state prison on Tuesday so that he could appear in a Los Angeles, California, court for his second rape-associated trial. Weinstein, now a registered sex offender, was sentenced last year to 23 years behind bars for sexual assault and rape.

Weinstein, 69, made his Los Angeles, California, courtroom debut on Wednesday and pleaded not guilty to four counts of both forcible rape and forcible oral copulation, as well as two counts of sexual battery via restraint and a single count of sexual penetration by use of force.

The charges relate to sexual assault allegations leveled by five women. The alleged attacks occurred between 2004 and 2013, according to a news release from the LA County District Attorney’s Office.

Prosecutors allege that one of the five women was raped by Weinstein on two separate occasions in November 2009 and November 2010.

Mark Werksman, attorney for the 69-year-old convicted rapist, told reporters on Wednesday that he is confident Weinstein will be acquitted because he has not been given a fair trial.

Werksman also informed reporters that he filed a health examination request for Weinstein, whose health has reportedly diminished.

“He’s going blind in one eye,” the attorney claimed.

Weinstein, who appeared in a wheelchair, remained relatively silent during his LA court appearance. He reportedly spoke once – to thank Judge Sergio Tapia for his well-wishes moving forward.

The 69-year-old is presently serving a 23-year prison sentence handed down by a New York court in February 2020.

Weinstein, if convicted on all counts, could spend the rest of his life behind bars, as he is facing a combined maximum sentence of 140 years in prison for this trial alone.

The disgraced Hollywood filmmaker is slated to return to the LA court on Thursday, July 29, for a motions hearing.

“Anyone who abuses their power and influence to prey upon others will be brought to justice,” asserted LA District Attorney George Gascón in a Wednesday statement.