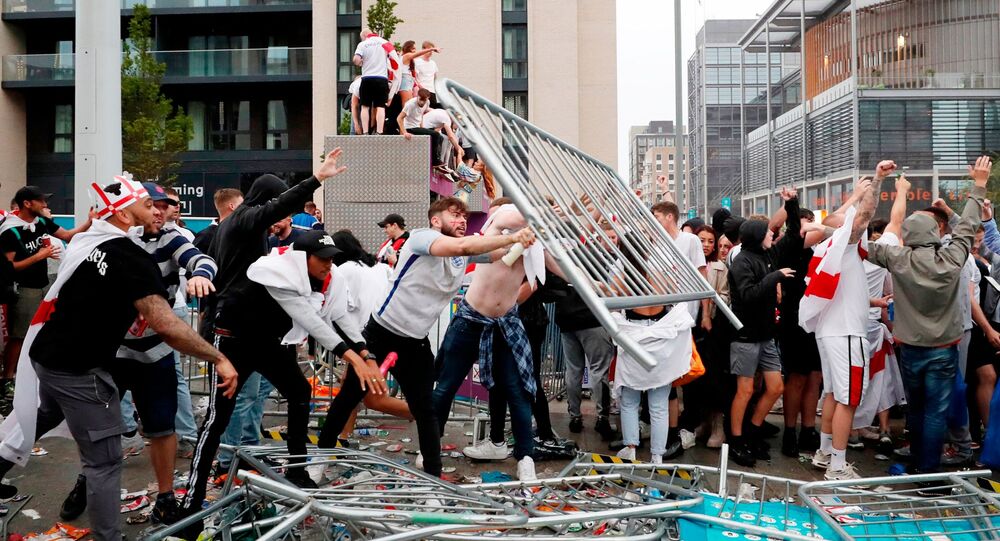 The epic showdown on 11 July that pitted England against Italy gathered tens of thousands of fans at Wembley. A portion of them effortlessly gained entry to the stadium without a ticket, according to reports, and the police were reluctant to stop them – because they were instructed not to engage, one officer told The Times.

Police were ordered to avoid using force when dealing with ticketless football fans who forced their way into Wembley Stadium during the England vs Italy match on 11 July, a Metropolitan Police officer has told The Times.

The policeman claimed that he and his colleagues were instructed not to intervene with the swarms of fans, unlawfully entering the arena, to uphold the force’s “brand image”.

“It is just annoying we are held back from doing our job. We are in public order gear for a reason”, the officer complained.

According to the cop, the level of the police’s preparedness for the event was rather low as the force deployed many inexperienced officers to the event and left Wembley considerably undermanned.