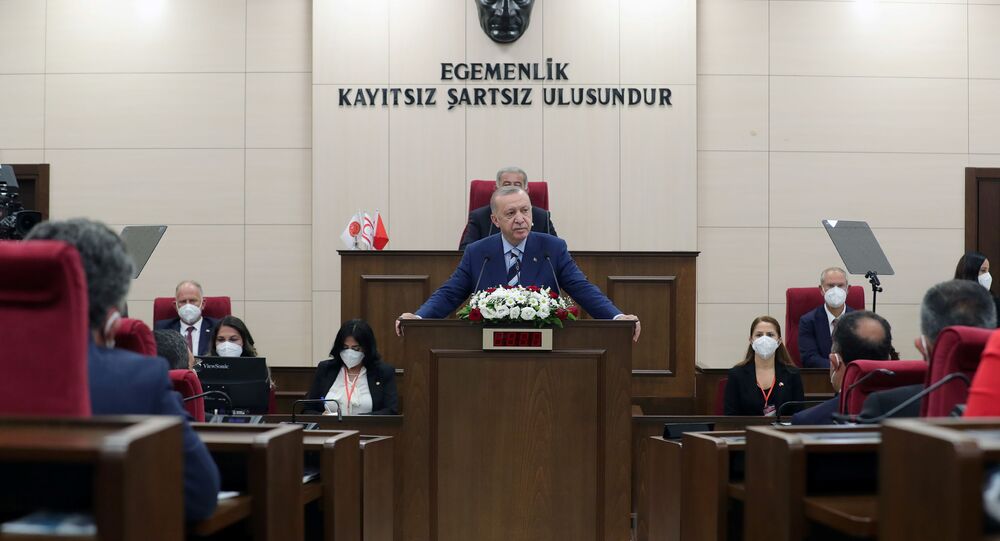 Tensions between Ankara and Nicosia mounted this week after Erdogan and the Turkish Cypriot leader, Ersin Tatar, unilaterally changed the UN-backed status of the Varosha military zone in Cyprus.

“NATO documents say that until Turkey gives its consent, under no circumstances can Southern Cyprus [The Republic of Cyprus] enter NATO. Turkey has a different government from the one we had when Greece was accepted as a NATO member. We are here now. They will fail to bypass Turkey’s veto,” Erdogan stated on a final leg of his visit to the unrecpgnized Turkish Republic of Northern Cyprus, as quoted by the Aydinlik newspaper. 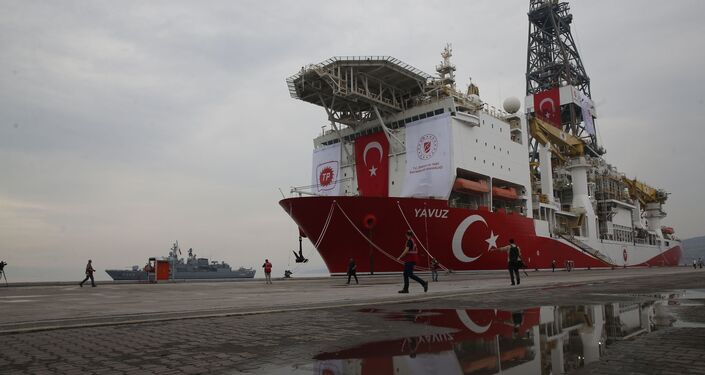 Cyprus has been trying to join NATO since 2011, but its efforts have been consistently blocked by Turkey because – unlike all the other members of the alliance – it refuses to recognize the Republic of Cyprus government in Nicosia.

During his visit to the island on Tuesday, Erdogan and the TRNC leader Ersin Tatar announced plans to partially reopen the fenced-off military Varosha quarter in the northern Cypriot city of Famagusta for further resettlement. The decision sparked harsh criticism from the Greek Cypriots, who accused Ankara of organizing a land-grab.

Ankara and the TRNC leader support a two-state solution for the island, while the Greek Cypriots support a bizonal, bicommunal federation. With the participation of the two sides and the three guarantor states of Turkey, Greece and the United Kingdom, negotiations under the guidance of the United Nations are occasionally held in order to find a solution to the conflict.