American ice cream company Ben & Jerry’s recently drew the ire of the Israeli government after the firm released a statement revealing that it would no longer be selling its products in the “occupied Palestinian territory”, claiming that “it is inconsistent” with the company’s values. One day after the announcement, tensions have only escalated. 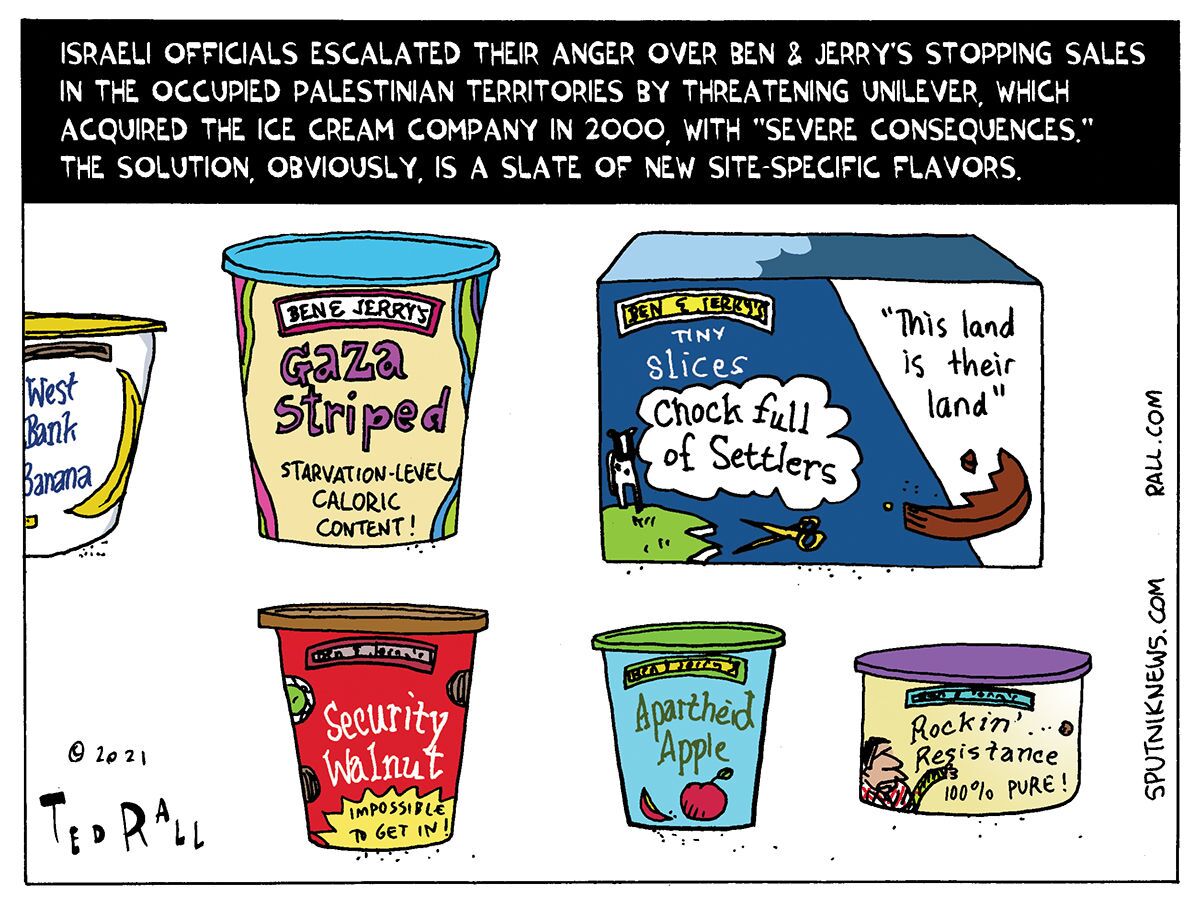 Israeli Prime Minister Naftali Bennett took the opportunity on Tuesday to reiterate his concerns regarding the move to halt sales of Ben & Jerry’s products in areas the ice cream company considers occupied by the state of Israel, warning that the consequences would be “severe.”

A statement released by Bennett’s office on Twitter details that the Israeli prime minister managed to discuss the matter with Alan Jope, the CEO of Unilever, which acquired Ben & Jerry’s in 2000.

“Prime Minister Bennett emphasized that from the perspective of the State of Israel, this is an action that has severe consequences, including legal, and it will take strong action against any boycott directed against its citizens,” reads the post, which also underscored that Bennett told Jope that the sales decision is “a clearly anti-Israel step.”

Bennett’s move came hours after it was revealed the Monday announcement was issued by Unilever, not the independent board that maintains authority over the ice cream company’s social missions. Ben & Jerry’s operations in the region date back to the late 1980s.