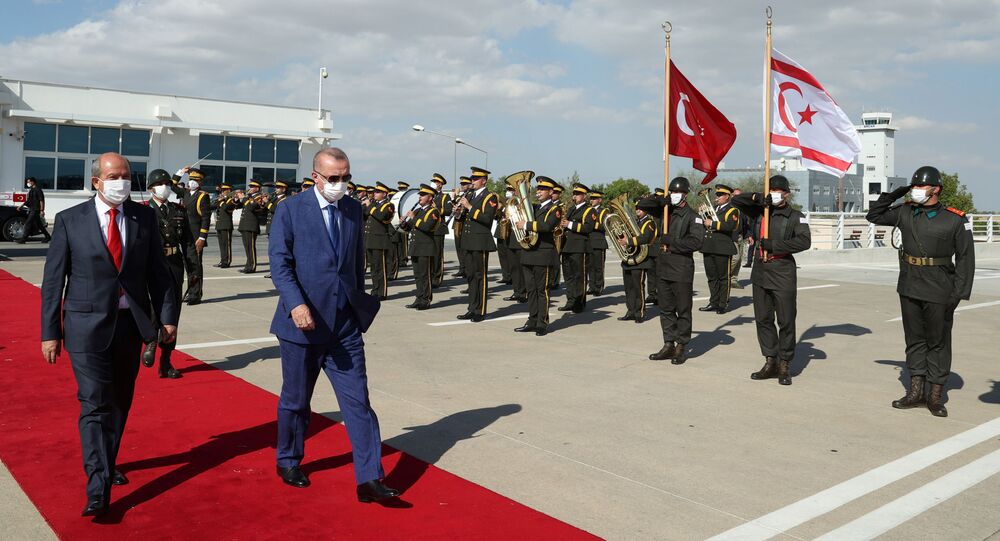 MOSCOW (Sputnik) – Reopening the Varosha military quarter in the disputed north of Cyprus for potential civilian resettlement will benefit both the Greek and Turkish communities of the island, Turkish President Recep Tayyip Erdogan said on Wednesday.

During Erdogan’s visit to the island on Tuesday, the leader of the unrecognized Turkish Republic of Northern Cyprus, Ersin Tatar, announced that a segment of Varosha that is supposed to be fenced off and administered by the United Nations, will be demilitarized and local residents will be able to apply for property. Because the applications will have to be submitted to the unrecognized Turkish Cypriot authorities, Greek Cypriots have denounced the move as a land grab.

“The attempts to turn this mutually beneficial initiative into a tool of ‘dirty propaganda’ are fruitless. We would like our brothers from the Turkish Republic of Northern Cyprus to file applications for property. Maybe Turkish citizens could do the same,” Erdogan said in a televised statement.

The Turkish leader said the Varosha decision was a “peaceful project whose implementation is transparent and consistent with the international law.”

International reactions have been mainly critical. The United Nations is deeply concerned about the impact of the Varosha statements on the intra-Cypriot negotiations, the head of the UN Peacekeeping Force in Cyprus (UNFICYP), Elizabeth Spehar said on Wednesday. Several nations, such as France, Israel, the United Kingdom and the United States, have condemned Turkey’s unilateral move.