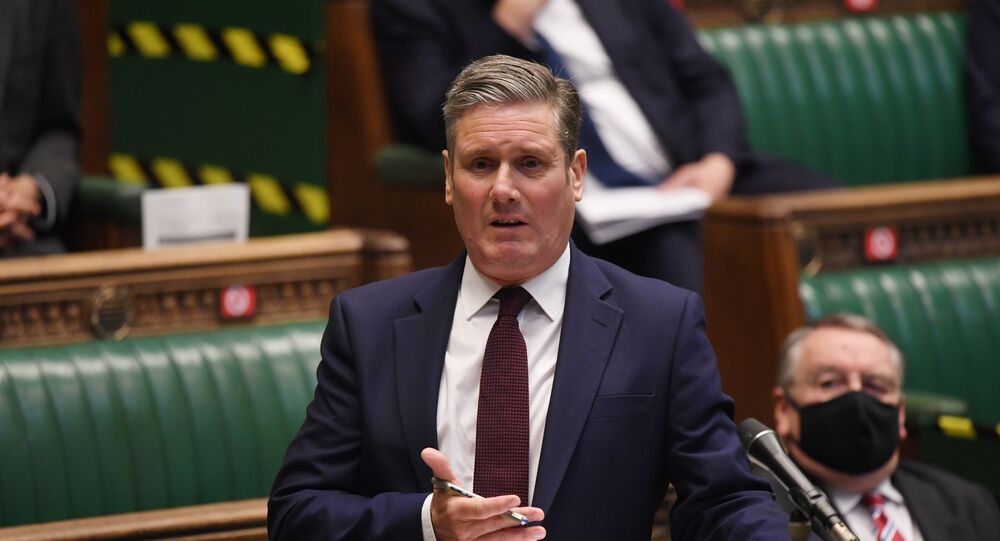 During the last parliamentary PMQs before the summer break, UK Prime Minister Boris Johnson addressed MPs via a video call from his residence at Chequers, where he has been isolating.

Johnson was unable to have a good send-off in person because he was in close contact with Health Secretary Sajid Javid, who contracted COVID-19 earlier this month.

Opposition leader Keir Starmer accused the government of being “all over the place” about who should be self-isolating if pinged by the COVID-19 app.

Starmer also said that the country is “heading for a summer of chaos”, with 1 million children out of school last week and businesses closing due to staff shortages.

​Johnson fended off and argued that isolation is an important tool in the fight against the virus. Currently, those who have been in close contact with COVID-19-positive people, should self-isolate for ten full days. Brits can be contacted by the NHS Test and Trace service or pinged by the NHS COVID-19 app if they are at risk of contracting the virus. Even fully vaccinated people are supposed to follow the isolation rules.

Downing Street has been criticised for such requirements, given the negative impact on businesses and NHS staff resources.

Both Starmer and the leader of the Scottish National Party in Westminster (SNP) Ian Blackford questioned the PM on a claim made by his former aide, Dominic Cummings.

Cummings, famously critical of the PM in the recent months, claimed that Johnson had justified his reluctance to lockdown in the fall of 2020 by saying only people over 80 were dying.

“What has changed since we were thinking in those ways”, Johnson said, before going on to underline the importance of the mass vaccination programme. His phrasing could have meant that Downing Street indeed regarded the economy as a higher priority than the country’s elderly during the pandemic.

.@Ianblackford_MP: “The PM actually wrote these words himself. Such a glib attitude towards human life is indefensible, the PM is simply not fit for office.

The clear pattern throughout this pandemic is that, it’s one rule for them and another for the rest of us.” #PMQs pic.twitter.com/GCZy1qskrz

The UK Parliament will reconvene in September for PMQs time.