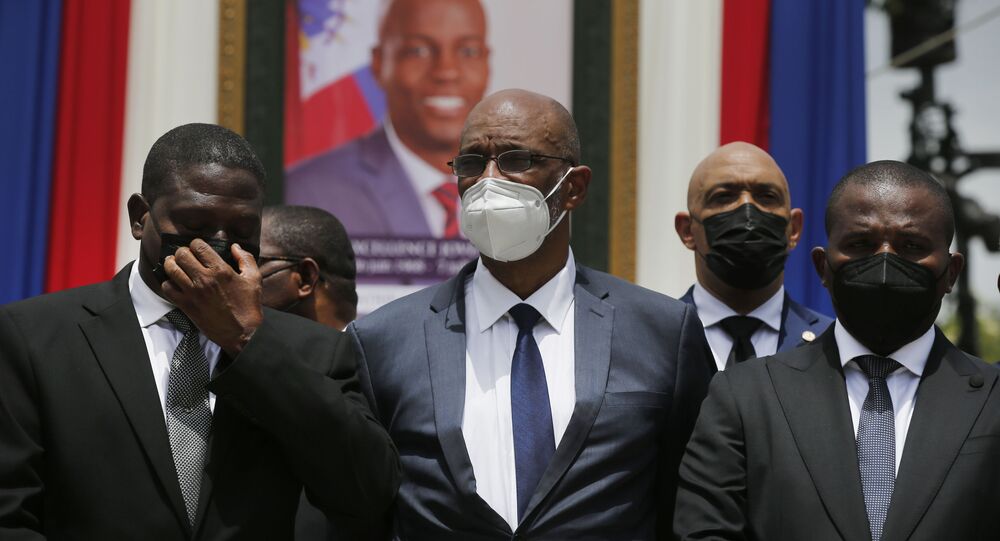 On Monday, Haiti’s Interim Prime Minister Claude Joseph had reportedly agreed to step down and hand over control to Henry, his rival who has international support.

Ariel Henry was sworn in as prime minister of Haiti on Tuesday, taking over the office after President Jovenel Moise, who appointed him shortly before he was assassinated.

Henry was sworn in at a ceremony in Haiti’s capital Port-Au-Prince. The nation’s outgoing Prime Minister Joseph reportedly claimed Henry’s appointment was made to ensure elections run smoother.

Following the killing of President Moise earlier in July, Joseph nominally assumed control of Haiti. After his departure from the current post, Joseph will be appointed as the new foreign minister, according to previous media reports.

Henry’s inauguration reportedly implies that the new government will be constituted without a president, and will be in charge of holding new elections. Later in the day, the country’s Ministry of Communications announced the composition of the new government.

Joseph had previously stated that the general election scheduled for September 26 would be held on time.

According to the ministry, July 22 and 23 were declared non-working days in connection with the president’s funeral. And earlier, the Haitian authorities said that the funeral of the assassinated president is scheduled for July 23.

On July 7, 56-year-old Moise was fatally shot at his home as a result of a planned attack. Martine, his wife, was heavily injured and flown to a US hospital, she survived the assassination attempt. According to the police, they have identified 28 suspects, with at least 23 of them being apprehended. The majority of the suspects are Colombians.