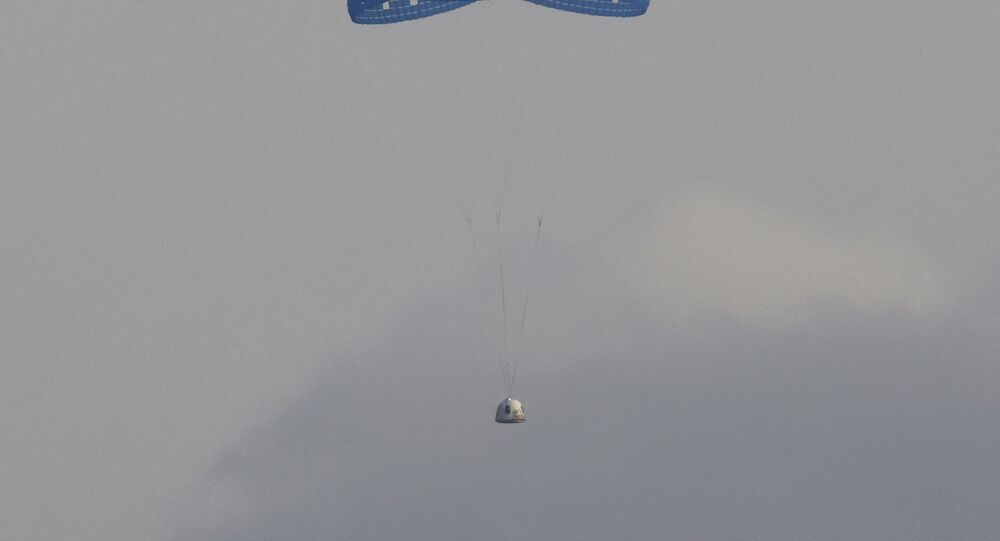 The billionaire’s flight at least resulted in breaking two records – those of the oldest and the youngest person to have flown into space.

On 20 July, American billionaire Jeff Bezos embarked on a suborbital flight aboard the New Shepard launch vehicle built by Blue Origin, the company he founded more than two decades ago.

“Best day ever!” Bezos exclaimed when the capsule finally touched down.

The flight lasted about 10 minutes, with the craft reaching an altitude of about 106km.

The flight apparently set two new records related to the astronauts’ age: Wally Funk, an 82-year old female aviator, became the oldest person to fly into space and another member of Bezos’ crew, 18-year old Oliver Daemen, became the “youngest ever astronaut”, according to AFP.

On social media, a number of users seemed eager to poke fun at the flight.

The Blue Origin flight had to be short because Bezos wouldn’t let his crewmates take a bathroom break during the trip.

That did not cost Bezos near as much as the 8 minutes with Lauren Sanchez cost him. https://t.co/1tzKQ7TApI

Anyone else think that the only reason Bezos brought innocent passengers on that flight was to thwart cosmic justice? pic.twitter.com/Soyn34OLqq

And there were also those who compared Bezos’ endeavor with the accomplishments from half a century ago.

The Bezos boost reached an altitude of approximately 350k feet or 66 miles.

For comparison, the first manned US space flight by Alan Shepard in 1961—which was also brief and sub-orbital—reached an altitude of roughly 612k feet or 116 miles.

Incredibly excited that some guys did about 1/10 of a thing that a Yuri Gagarin did 60 years ago. https://t.co/VPYwGLShvm

Before Being Killed by Lord Ashcroft’s Daughter-in-Law, Belize Cop Told Friend He Was Going on Date

Racism & Queerbaiting: Why is Billie Eilish Under Fire?

‘It’s Super Stuck’: Video Game About Efforts to Free Ever Given Made by Designer