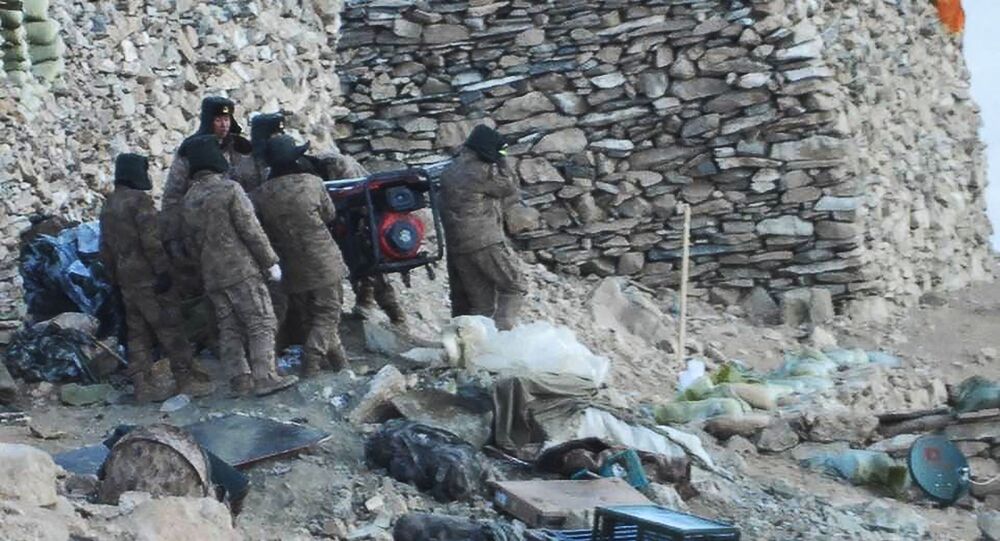 Indian defence forces are on a state of high alert and have deployed over 50,000 troops along the Indian-Chinese border.

As the Indian Parliament’s monsoon session began on Monday in New Delhi, opposition leaders across party lines have been speaking out about the need to have a “free and fair discussion” about the Chinese army’s incursion in Indian territory in Ladakh, which has led to a spike in tensions between the two Asian nations.

Prominent parliamentarian Asaduddin Owaisi questioned the BJP-ruled government’s silence on the matter and demanded to know why the “Chinese Foreign Minister say there is nothing to talk about.”

Taking a dig at the government, Owaisi said, “When they [the government] needed to do surveillance in Ladakh and stop the Chinese from occupying Indian territory, the PM Office was claiming no one had entered the Indian territory. Instead, they were using Israeli spyware to surveil Indian journalists.”

“Chinese soldiers continue to be in control of our territory in Depsang, Gogra, Hot Spring, and Demchok. Status quo ante has not been restored anywhere on the LAC. And PM Office can’t even dare to take China’s name.”

​Last year, the Congress party walked out of Parliament demanding a discussion on the situation along the border with China, while also bringing up the issue again this year.

India and China have been in locked in a military stand-off since May last year as the situation along the Line of Actual Control (LAC) – a loosely demarcated border – boiled over several times. Diplomatic and military endeavours are taking place to de-escalate tensions as both countries have stationed a record number of soldiers in the region.

Supreme Court Fines BJP, Other Parties For Not Complying With Order on Criminal Candidates