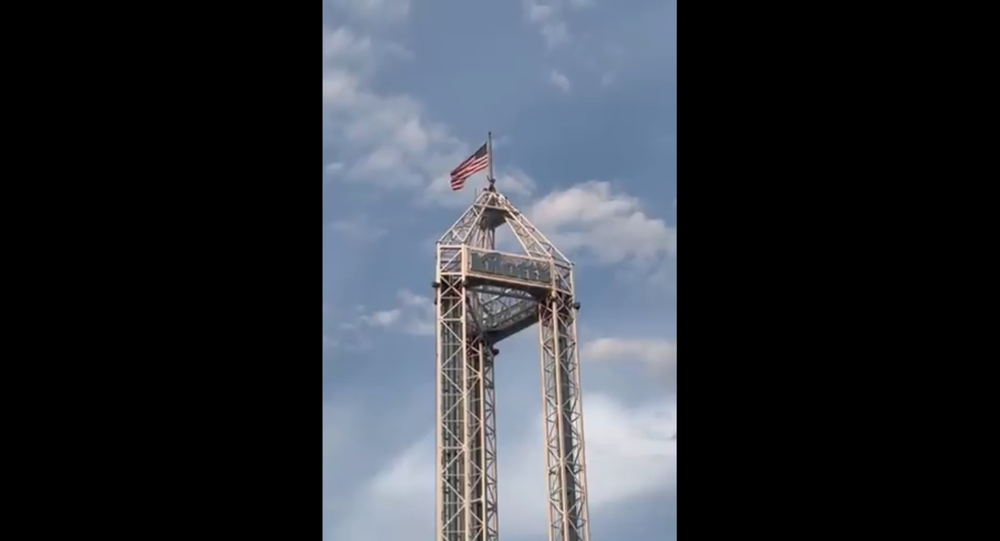 It is unclear how the man climbed atop the tower in the theme park, which is 325 ft tall (some 99 metres). His reasons were not immediately known, either.

A man climbed atop a tall tower a Knott’s Berry Farm in Buena Park, California, on Saturday, and is reportedly refusing to come down.

Videos swiftly emerged online, showing the man, seen wearing a face mask, standing atop the Supreme Scream tower alongside a US flag.

It was not immediately clear how and why he climbed there. Buena Park police said they are currently working to bring him down, noting that “La Palma between Beach and Western has been closed” and urging the public to stay away from the area.

More on #KnottsBerryFarm:
The Supreme Scream is 325 ft tall or 99 meterspic.twitter.com/DsyUzsNwSW

​No further details were immediately available.

China’s E-Yuan Could Be ‘Largest Threat’ to West, as US Slow to Develop Digital Dollar – Report