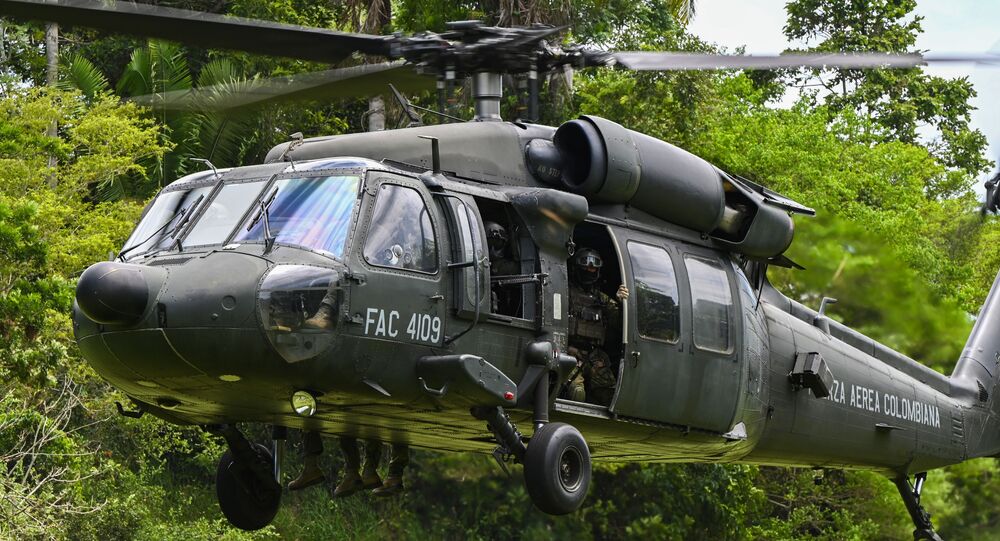 On Thursday, US President Joe Biden said sending US troops to Haiti, as the de facto government has requested, is “not on the agenda at this moment,” although the US has sent senior FBI and Department of Homeland Security officials to the Caribbean nation to assist police in their investigation of Haitian President Jovenel Moise’s murder.

The US Department of Defense has confirmed that some of the Colombian ex-soldiers arrested in Haiti last week in connection with Moise’s killing had received training from the US military during their time in the Colombian military.

“A review of our training databases indicates that a small number of the Colombian individuals detained as part of this investigation had participated in past US military training and education programs, while serving as active members of the Colombian Military Forces,” Pentagon spokesperson Lt. Col. Ken Hoffman told the Washington Post on Thursday.

He added that US foreign military training is intended to promote “respect for human rights, compliance with the rule of law, and militaries subordinate to democratically elected civilian leadership.”

Haitian National Police (PNH) Chief Leon Charles has said his forces arrested 18 Colombians believed to be part of a 28-man commando that stormed Moise’s house early on the morning of July 7, killing him and wounding his wife, Martine. According to Colombian military authorities, 17 of them were former soldiers, having left the service between 2018 and 2020. He has not since commented on the three men later apprehended.

Two Americans were also arrested, one of whom is a former security guard at the Canadian embassy in Port-au-Prince and another who is a former informant for the US Drug Enforcement Agency (DEA), a federal police force that also works closely with Colombian authorities as part of the US’ War on Drugs.