After former US President Donald Trump’s 2020 reelection loss, a bevy of rumors surfaced that the leader would do anything to stay in power as he voiced unsubstantiated claims of voter fraud. Now, among those allegations are claims that even military brass feared Trump would opt to undertake a coup in order to keep his hold on the White House. 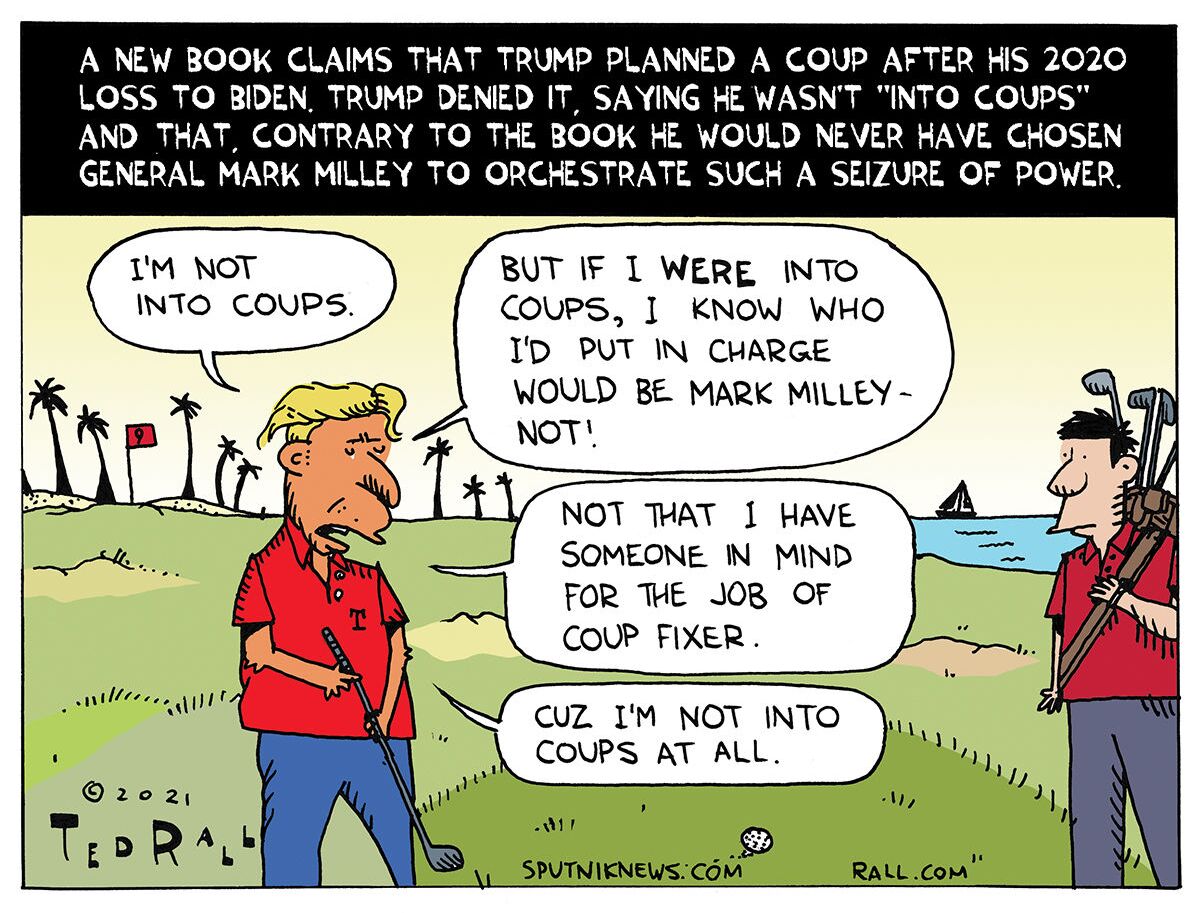 Former US President Donald Trump addressed the public on Thursday to reject allegations that he had ever weighed the possibility of staging a coup in late 2020 in order to remain the US’ commander-in-chief.

“I never threatened, or spoke about, to anyone, a coup of our Government. So ridiculous,” Trump remarked in a Telegram post. “I’m not into coups!”

However, Trump did go on to note that even if he had indeed planned such a move, “one of the last people I would want to do it with is General Mark Milley,” who the former president went on to deem an “overrated general” that wasn’t even “liked” by his predecessors.

Trump’s Thursday remarks surfaced in response to excerpts of a forthcoming book that stated military officials working within the Trump administration were growing concerned Trump was eyeing a potential military coup to overturn the 2020 election.