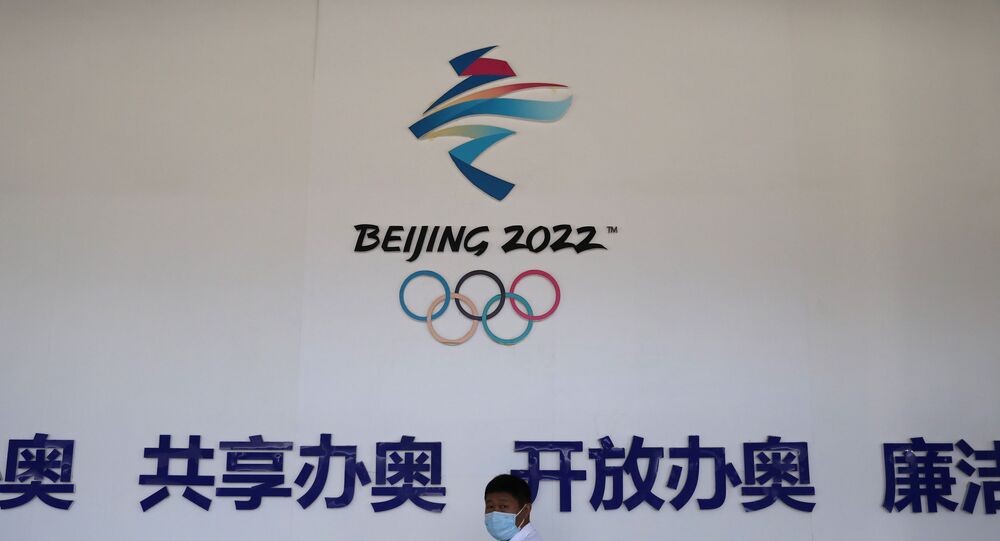 Last week, the British Parliament’s Foreign Affairs Committee (FAC) issued a report calling for members of the government to partially boycott the 2022 Winter Olympics in Beijing, China, over alleged human rights violations perpetrated by the Chinese government in Xinjiang Uyghur autonomous region. The US is also mulling a diplomatic boycott.

The UK House of Commons unanimously passed a motion on Thursday urging the British government to formally stage a diplomatic boycott of the upcoming Winter Olympics in Beijing, unless the Chinese government agrees to end the “atrocities” occurring in Xinjiang.

Conservative MP Tim Loughton, who is also a member of the Inter-Parliamentary Alliance on China (IPAC), asserted to colleagues that China’s human rights abuses have been “normalized” and, with the help of the Olympics, could result in Beijing scoring a “major soft-power propaganda victory they crave.”

“The government on the one hand speaks of industrial scale human rights abuses taking place in the Uyghur Region, and on the other pursues ever deeper trade links with Beijing – even allowing our largest semiconductor manufacturer to be snapped up by a Chinese owned firm,” Loughton said, referring to the recent acquisition of Newport Wafer Fab (NWF), the UK’s largest semiconductor producer, by Nexperia.

While Nexperia is headquartered in the Netherlands, the semiconductor firm is owned in part by China’s Wingtech – formerly known as Join-In.

Labour MP Afzal Khan argued on Thursday that Beijing has “ramped up its persecution of Uyghurs” within recent years.

“A diplomatic boycott would ensure that the UK doesn’t turn a blind eye to industrial scale human rights abuses,” Khan said. “The Olympic values of solidarity and non-discrimination are simply irreconcilable with the Chinese government’s persecution of the Uyghur Muslims and other minority groups.”

Dame Barbara Woodward, Britain’s ambassador to the United Nations, asserted in May that evidence obtained on China’s Uighur minority in its Xinjiang region “points to systematic criminalization of expressions of religion, discrimination against Uyghur language and culture, mass arbitrary detention, enforced disappearances, incidences of torture and reports of widespread forced labor and sterilization.”

China has maintained that its camps in Xinjiang are used to weed out potential terrorists.

“China firmly opposes the politicization of sports and the interference in other countries’ internal affairs by using human rights issues as a pretext,” Wang said. “Attempts to disrupt, obstruct and sabotage the preparation and convening of the Beijing Winter Olympic Games out of political motivation have been met with strong opposition from all sectors of the international community.”