The Trump administration saw a whopping three justices appointed to the US Supreme Court, a feat that prompted many Americans to become increasingly concerned about the balance of the federal bench. However, despite the 6-3 conservative majority, the high court has surprisingly sided with the liberal bloc on some issues. 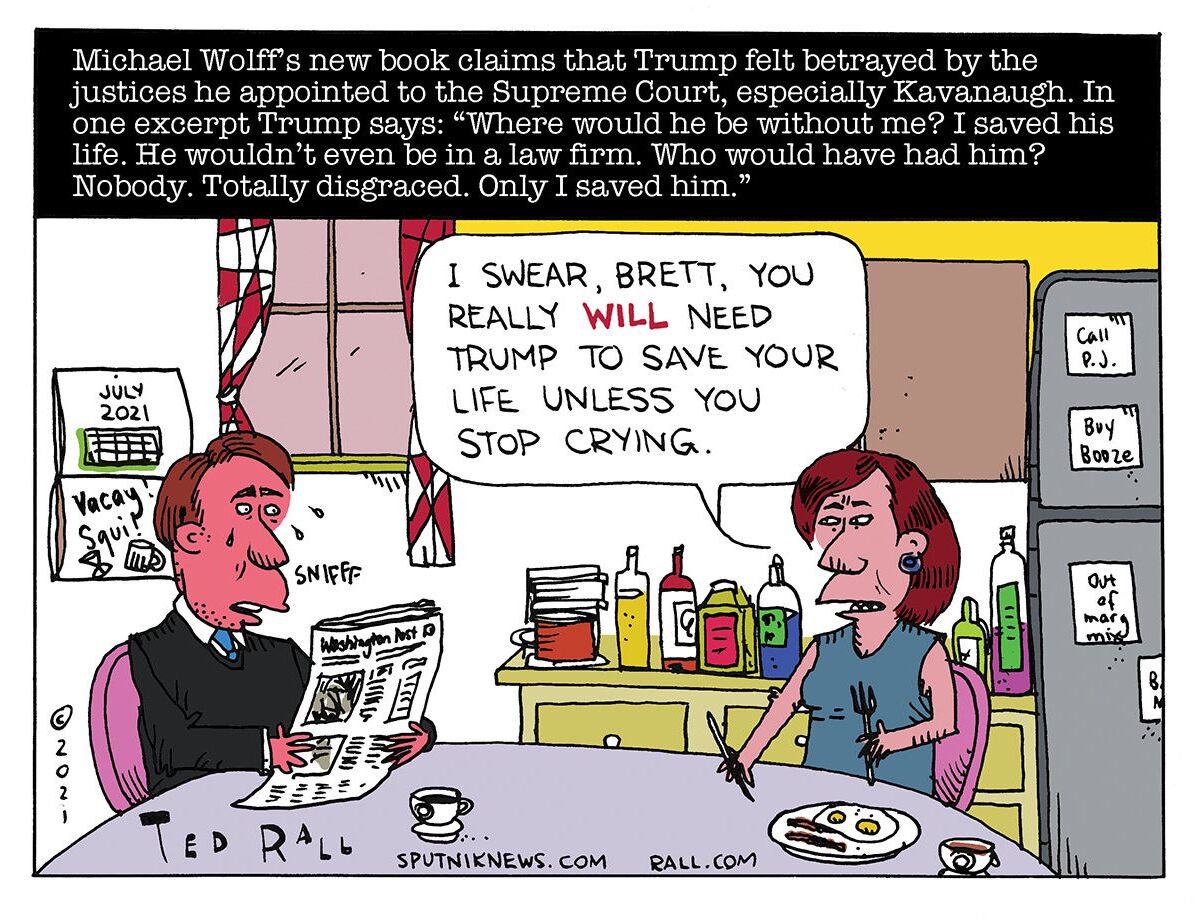 Former US President Donald Trump has reportedly grown increasingly “disappointed” by the work of the once-troubled Justice Brett Kavanaugh, a new book by journalist Michael Wolff has revealed.

Excerpts of Wolff’s “Landslide” book that were provided to Axios detail that while the former president is feeling particularly betrayed by all three justices he appointed to the US Supreme Court, he is mostly bothered by the lack of “courage” shown by Kavanaugh.

“There were so many others I could have appointed, and everyone wanted me to,” Trump reportedly told Wolff. “Where would he be without me? I saved his life. He wouldn’t even be in a law firm. Who would have had him? Nobody. Totally disgraced. Only I saved him.”

The newly surfaced remarks from Trump offer a stark distinction from the former commander-in-chief’s initial praise for Kavanaugh, especially of the commentary publicly voiced when the SCOTUS nominee was accused of sexual assault.