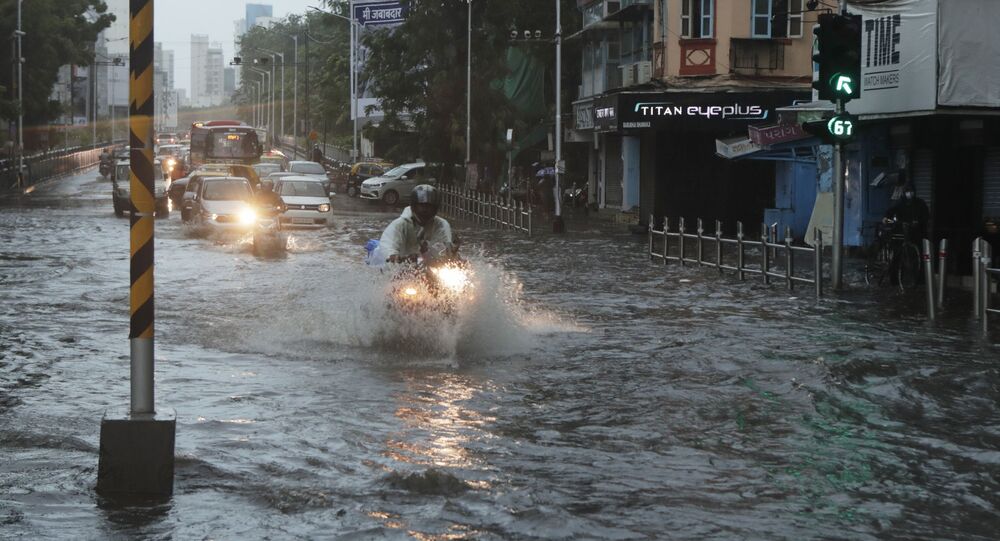 Forecasting heavy rainfall, the India Meteorological Department (IMD) has issued an “Orange Alert” for Jammu and Kashmir, as well as a “Yellow Alert” for Himachal Pradesh, Uttarakhand, and Uttar Pradesh states. The colour-coded warnings are based on the intensity of extreme weather and are issued in the order of green, yellow, orange, and red.

At least five people have died and several others are missing in India as flash floods have been creating havoc in various parts of the Himalayan states of Uttarakhand and Himachal Pradesh since Monday.

Three people died and nine others went missing after a cloudburst led to a flash flood situation in Himachal Pradesh’s Kangra district on Monday. A dozen vehicles and buildings were swept away by the gushing waters.

Popular tourist destinations such as Dharamshala, McLeodganj, and Kangra were some of the worst-hit places in Himachal Pradesh.

Indian National Disaster Response Force (NDRF) teams have been deployed to conduct rescue operations for those trapped under debris.

“Directions have been issued to keep all machinery ready for any emergency”, Thakur told reporters.

Earlier on Monday, three persons, including a 7-year-old child, died after a house collapsed due to incessant rains in the Bageshwar district.

Heavy rainfall has damaged the agricultural fields, channels, and roads in neighbouring villages.

Several people have taken to social media to share alarming videos of flash floods and landslides.

​Similarly, bouts of heavy rains have been pounding the Jammu region of India, where a flood alert has been sounded for the Kathua and Samba districts.

Taking stock of the situation on Monday, Prime Minister Narendra Modi stated: “The situation in Himachal Pradesh due to heavy rains is being closely monitored. Authorities are working with the State Government. All possible support is being extended. I pray for the safety of those in affected areas”.

The situation in Himachal Pradesh due to heavy rains is being closely monitored. Authorities are working with the State Government. All possible support is being extended. I pray for the safety of those in affected areas.