Experts added that China, Russia and North Korea will continue to cooperate to safeguard regional peace and stability no matter what pressures and impacts may come from the US.

In the future, the US will continue to use its allies in the region to stir up tensions, such as conducting the US-South Korea military drills in August to keep up the pressure on North Korea’s security even though Pyongyang has made some denuclearization efforts. China will therefore strengthen security cooperation with North Korea and keep improving existing economic cooperation to support North Korean economy to achieve sustainable development based on self-reliance, experts said. 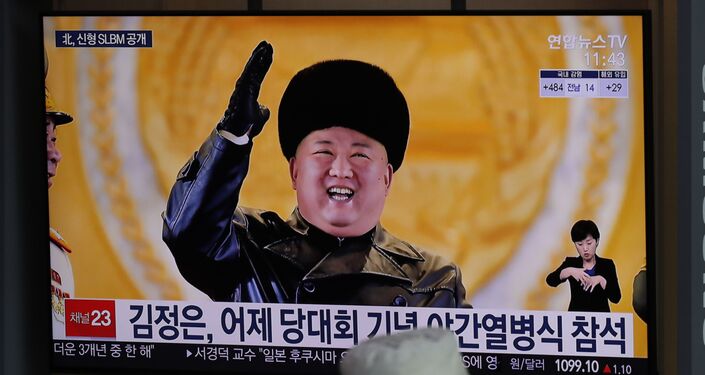 Xi Jinping, general secretary of the Communist Party of China (CPC) Central Committee, also Chinese president and chairman of the Central Military Commission, exchanged congratulatory messages on Sunday with Kim Jong-un, general secretary of the Workers’ Party of Korea (WPK), also chairman of the State Affairs Commission and commander-in-chief of the armed forces of the Democratic People’s Republic of Korea (DPRK) on the 60th anniversary of the signing of the China-DPRK Treaty of Friendship, Cooperation and Mutual Assistance.

In his message, Xi pointed out that in 1961, leaders of the elder generation of China and the DPRK made the far-sighted strategic decision to sign the treaty, which laid important political and legal foundations for consolidating the friendship the two peoples had forged with blood and promoting bilateral friendly cooperation for the long run, Xinhua News Agency reported.

Kim, in his message, said the signing of the treaty demonstrates to the world the firm will of the two parties as well as the governments and people of the two countries to promote long-term development of the DPRK-China friendship forged with blood on a solid legal basis.

Stressing that today a major shift in the world landscape unseen in a century is accelerating, Xi said he is ready to work with Kim to strengthen strategic communication, chart the course for the China-DPRK relationship and lift the friendly cooperation between the two countries to new levels to bring more benefits to the two countries and their people, the Xinhua News Agency reported.

Zheng Jiyong, director of the Center for Korean Studies at Fudan University in Shanghai, told the Global Times on Sunday that the words “legal foundation” or “legal basis” mentioned by Xi and Kim confirm that China-North Korea ties will not be interrupted but will keep strengthening, which proves that wishful thinking held by some Western elites and observers who expect China-North Korea ties to split has collapsed.

North Korea is still facing a serious security challenge, as the US has not made any moves to reciprocate North Korea’s efforts in denuclearization, and refuses to stop hostile annual military exercises with South Korea that target Pyongyang. China, to safeguard regional peace and stability, will promote security cooperation, especially in the field of conventional security, with North Korea, Zheng said.

Xi noted that China firmly supports the DPRK in developing its economy, improving its people’s wellbeing, and vigorously advancing its cause of socialist construction, according to media reports.

Kim noted that in recent years, in the face of a complex and ever-changing international landscape, the comradely trust and friendship between the DPRK and China have kept growing deeper, and bilateral relations have advanced to a higher stage.

The WPK, the DPRK government and its people, Kim added, will attach greater importance to friendship with China, a common treasure of both sides, and march forward hand in hand with the CPC, the Chinese government and the Chinese people in the sacred journey of building socialism and communism.

Chinese experts said stressing the common ground in ideology of socialism and communism shows the China-North Korea relationship is special and has a solid foundation.

Zheng said that apart from the security area, North Korea needs economic assistance from China to improve its people’s livelihood, which is a reasonable demand, so in the future, China will provide its successful experiences and investments to ensure the North Korean economy is sustainable through self-development.

On Sunday, the reception for the 20th anniversary of the signing of the China-Russia Treaty of Good-Neighborliness and Friendly Cooperation was held at the Diaoyutai Guest House in Beijing. On June 28, Chinese President Xi and Russian President Vladimir Putin issued a joint statement, officially deciding to extend the treaty.

Chinese State Councilor and Foreign Minister Wang Yi said at the reception that while the Cold War mentality and power politics have long been swept away, recently the old thinking of this historical garbage dump is resurrecting.

He noted that the two countries must further deepen political mutual trust and always provide strong backing for each other. 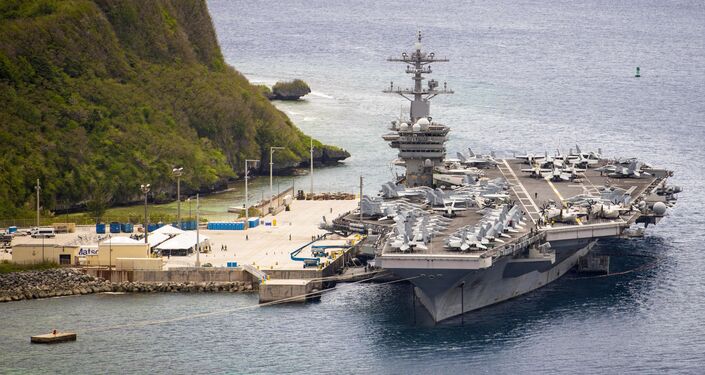 Russian Ambassador to China Andrey Denisov said that in accordance with the spirit of the treaty, both countries actively facilitated cooperation in all areas. An extensive mechanism of intergovernmental cooperation has been built and an active security dialogue is maintained. Contacts have been established between Putin’s office and the General Office of the CPC Central Committee, he said.

This kind of close contact channel is unusual between countries, because it only exists between partners with close strategic ties, so if anyone from the West, especially the US, or within our two countries still believes that China-Russia ties could be separated or interrupted by the US, “it’s time to wake them up,” said Yang Jin, an associate research fellow at the Institute of Russian, Eastern European and Central Asian Studies under the Chinese Academy of Social Sciences.

“In the context of unceasing attempts by the West to contain the technological development of our countries, interaction in the field of science and innovation is of particular importance. In 2020-2021, we conducted scientific, technical and innovative cooperation. Military and military-technical cooperation has gone far ahead,” he said.

Russian-Chinese cooperation has demonstrated its stability and resilience in the face of the COVID-19 pandemic. In China, they say that “real gold doesn’t fear the test of fire,” said the ambassador.

Li Haidong, a professor at the Institute of International Relations of China Foreign Affairs University, told the Global Times on Sunday that China’s efforts to boost ties with Russia and North Korea are based on its national interests and the common interests shared by countries in the region, and most importantly, in these ties, all countries are equal.

“Unlike the US-Japan-South Korea alliance, they are allies bounded by unchallengeable treaties, but their ties are not equal, and as an US ally, South Korea and Japan don’t even have complete sovereignty and autonomy in some most significant fields like national defense and diplomacy. So their efforts to build friendly ties with China or engage with North Korea have been interrupted by the US again and again as Washington doesn’t want to see its allies to stand too close with its ‘strategic competitors’ or ‘rivals,'” Li said.

But China, Russia and North Korea are independent countries with mutual trust and respect, so they can develop their own ties with US allies as well, which is more open, inclusive and civilized, and they can also stand together to deter the provocations from the US and ensure the bullying approaches frequently played by Washington will not work, said experts.

The China-Russia-North Korea trilateral relationship is a stabilizer of regional stability and even international peace, Li noted.

The article was originally published in The Global Times.

Political Dilemma: Why British Queen is Unlikely to ‘Give Up’ Prince Andrew Over Epstein Case