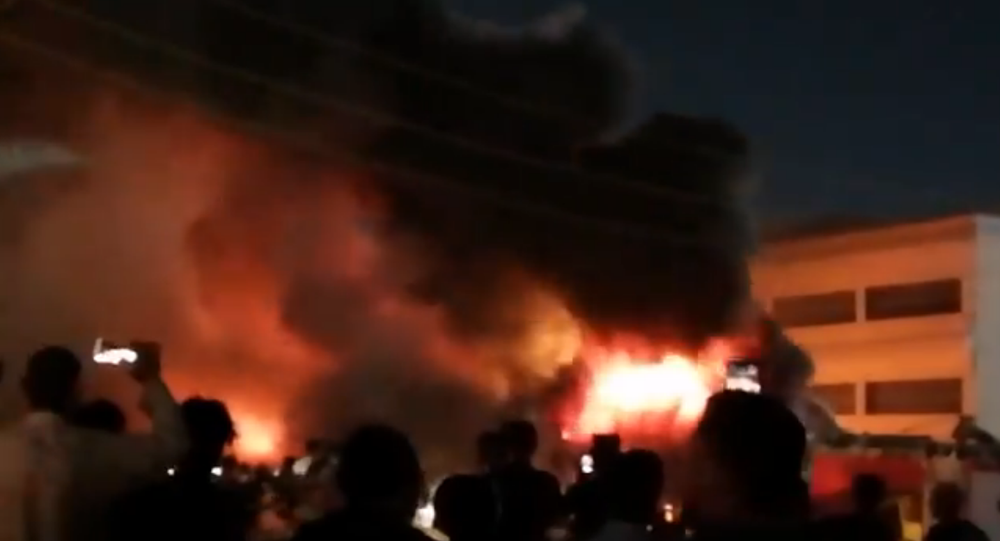 The cause of the fire at the Al-Hussein Hospital in Iraq’s Nasiriyah district, where coronavirus patients are being treated, is not yet determined. Reports suggest, however, that the fire was caused by an oxygen cylinder explosion.

At least 54 people were killed in a fire that erupted in the Al-Hussein coronavirus hospital in Iraq’s Nasiriyah district on Monday, according to Dhi Qar Health Department.

Iraqi state news agency INA earlier reported that at least 41 people were killed and “dozens” were injured in the fire. Al Arabiya, citing Iraqi media reports, said that the number of victims is “likely to rise”.

Health officials of the Dhi Qar Governorate declared a state of emergency after the incident. According to reports, the fire could have been caused by an oxygen cylinder explosion, but the official cause is still to be determined.

According to government officials, cited by INA, the fire is “under control”, as the remaining patients were evacuated from the hospital.

Tragic news out of Nasriyah, Iraq, a fire broke out in the COVID-19 quarantine and treatment center (part of Imam Hussien hospital in Nasriyah) pic.twitter.com/iTGnZBIxT4

​This is not the first time a COVID hospital has caught fire in Iraq, as, earlier in April, a fire at a Baghdad COVID-19 hospital killed 82 and injured 110. The cause of the explosion and subsequent fire was ruled to be incorrectly-stored oxygen cylinders.