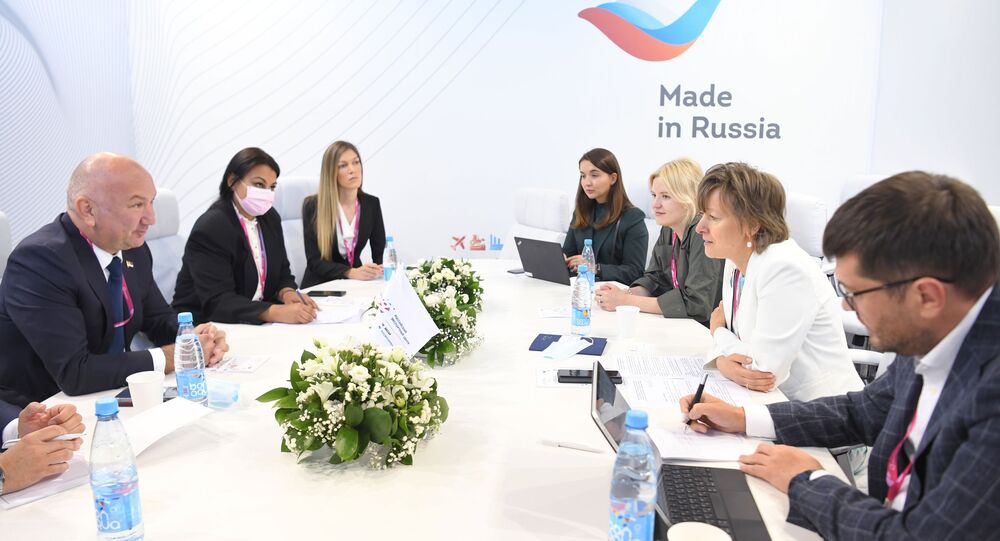 Representatives of the Russian Export Centre met with the Serbian minister of innovation and technology on 5 July to draw up a roadmap to strengthen trade.

The sides agreed, in particular, to hold a business mission for exporters actively working or planning to cooperate with target importers in Serbia by the end of the year, and to hold a number of meetings with foreign partners interested in buying Russian products.

“A series of negotiations should result in export-import contracts that will have a positive impact on the figures of trade turnover between our countries and boost bilateral economic cooperation, as the potential of our cooperation has not been fully realised as of now”, Veronika Nikishina said.

The CEO also added that last year, a project for the construction of railway infrastructure in Serbia as well as the construction of a unified control centre for train traffic control was launched with the support of the Russian Export Centre. The total volume of supported exports to Serbia amounted to $536.3 million.

China ‘By Far Most Advanced’ on Digital Currency, May Use It to Test Dollar Dominance, Report Says

Berlin Will ‘Cut the Branch It Sits On’ If It Halts Nord Stream 2’s Construction, Ex-Chancellor Says