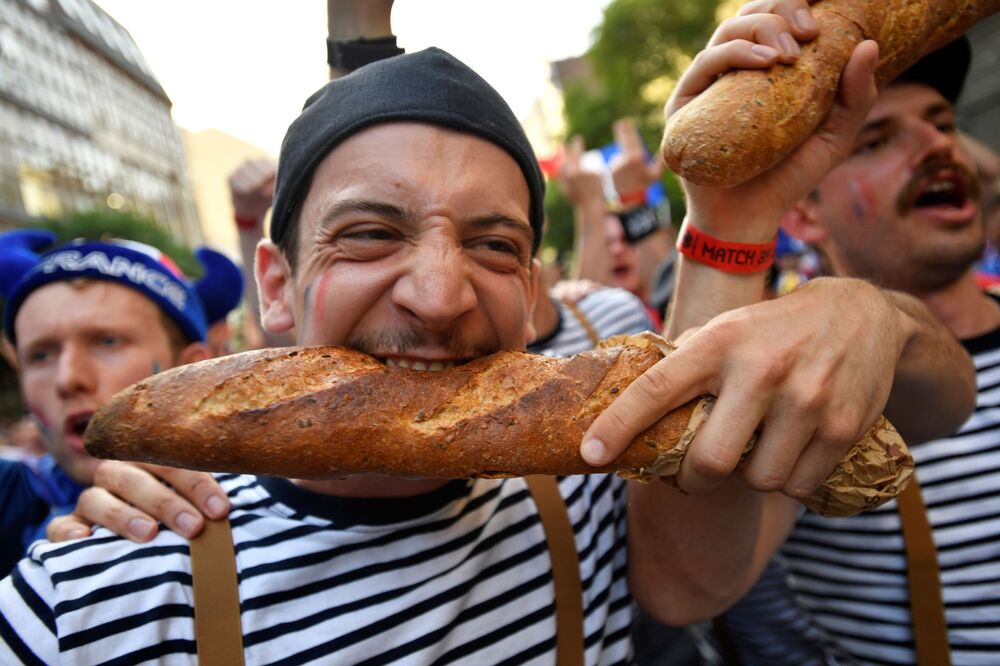 This year, the UEFA European Football Championship is being held across the continent for the first time in its 60-year history, with 11 host cities in all: London, St. Petersburg, Baku, Munich, Rome, Amsterdam, Bucharest, Budapest, Copenhagen, Glasgow and Seville. The final is scheduled for 11 July at London’s Wembley Stadium.

It is impossible to imagine a football match without beer and snacks. Food in stadiums and bars is an important element of the culture of watching sports. For example, the Italians enjoy pasta and pizza, the French snack on baguettes, while the Dutch and Swiss eat cheese.

Sputnik reveals in its gallery what fans of different nationalities eat while watching EURO-2020.

Anti-Lockdown, Anti-Vaccine Protest Outside Parliament in London as Infections Surge in UK