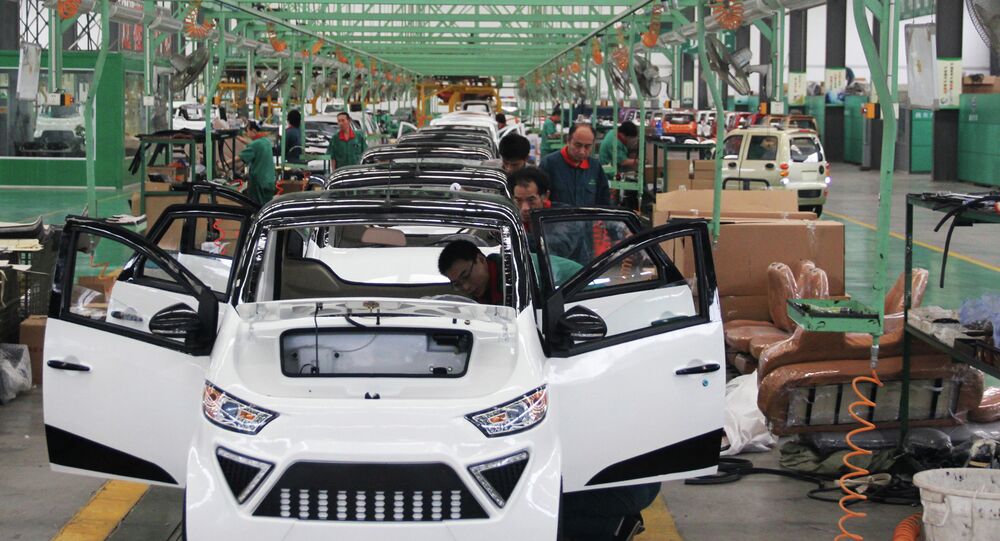 China’s electric car market is the world’s largest, selling more than half of the world’s total in 2020 as the country rushes toward totally phasing out gas-only cars by 2035. Sales-hungry competitors like Tesla are struggling to carve out a corner of the Chinese domestic market, and the voluntary recall of 300,000 Teslas this week isn’t helping.

China’s automotive exports more than doubled in the first half of 2021 despite a global shortage in semiconductors necessary for car computers, thanks to the country’s early reopening after COVID-19 lockdowns, experts announced on Wednesday.

According to data from the China Passenger Car Association (CPCA), exports by automobile manufacturers on mainland China increased by 103% between January and May 2021, as compared to the year prior, shipping a total of 760,000 cars. The comparison period reflects the worst COVID-19 lockdown period for China, but the increase this year is remarkable in that it comes as other carmakers grapple with halted production lines.

“A lack of automotive chips around the world indeed benefited Chinese companies,” CPCA secretary general Cui Dongshu told the South China Morning Post. “The disease outbreak abroad has yet to be controlled and there remains growth potential for Chinese carmakers to tap.”

After the mass outbreak of COVID-19 in China’s Hubei Province in late 2019 and early 2020, Beijing implemented a near-total lockdown, sending millions of residents home for weeks and bringing travel to a halt. Because of the lockdown’s thoroughness, the virus’ spread was totally broken and the country was able to gradually reopen its society and economy after several weeks of closure, bringing production, trade and consumption roaring back by the middle of the year. However, few nations implemented as thorough a lockdown as China, allowing the virus to continue spreading and infect millions, keeping partial lockdowns in place for more than a year.

Blinken: US Will ‘Push Back’ Against China’s ‘Coercion and Aggression’ in Indo-Pacific