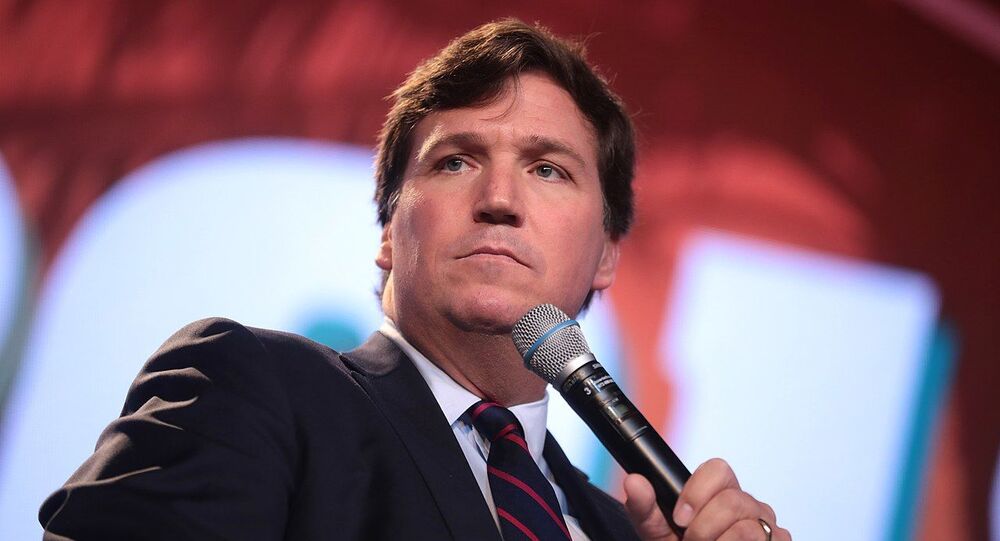 Tucker Carlson, the 52-year-old host of Fox News’ “Tucker Carlson Tonight,” alleged during his Monday broadcast that the US Department of Defense’s National Security Agency (NSA) is “spying on him” and monitoring the opinion show’s electronic communications in an effort to get the show canceled.

“On June 28, 2021, Tucker Carlson alleged that the National Security Agency has been ‘monitoring our electronic communications and is planning to leak them in an attempt to take this show off the air,'” the US intelligence agency said in a statement.

“This allegation is untrue,” the NSA claimed. “Tucker Carlson has never been an intelligence target of the Agency and the NSA has never had any plans to try to take his program off the air.”

The US intelligence agency went on to emphasize that it “has a foreign intelligence mission,” and would not target an American citizen, except in a case such as “an emergency.”

“NSA may not target a US citizen without a court that explicitly authorizes the targeting,” the NSA statement concluded.

“It’s not just political protesters the government is spying on, yesterday, we heard from a whistleblower within the US government who reached out to warn us that the NSA … is monitoring our electronic communications and is planning to leak them in an attempt to take this show off the air,” he remarked on Monday.

“Now, that’s a shocking claim and ordinarily would be skeptical of it. It’s illegal for the NSA to spy on American citizens. It’s a crime,” Carlson added. “The whistleblower who is in a position to know repeated back to us information about a story that we are working on that could have only come directly from my texts and emails. There’s no other possible source for that information — period.”

Former US President Donald Trump weighed in on Carlson’s comments during a Tuesday appearance on the Clay Travis and Buck Sexton Show, a conservative talk radio program that replaced the timeslot of late radio host and political provocateur Rush Limbaugh.

“I think it’s true. It’s totally believable,” he said of Carlson’s allegations against the NSA.

The former US president then went on to agree with Sexton about how even he was “targeted by the deep state” during his presidential campaign.

While the NSA and White House Press Secretary Jen Psaki have asserted to the public that the NSA’s mission relates to “foreign threats,” and not that of private citizens, former NSA agent-turned-whistleblower Edward Snowden notably exposed information on PRISM – the code-name of an NSA surveillance program that allowed the government to collect information on private US citizens via hidden warrants.