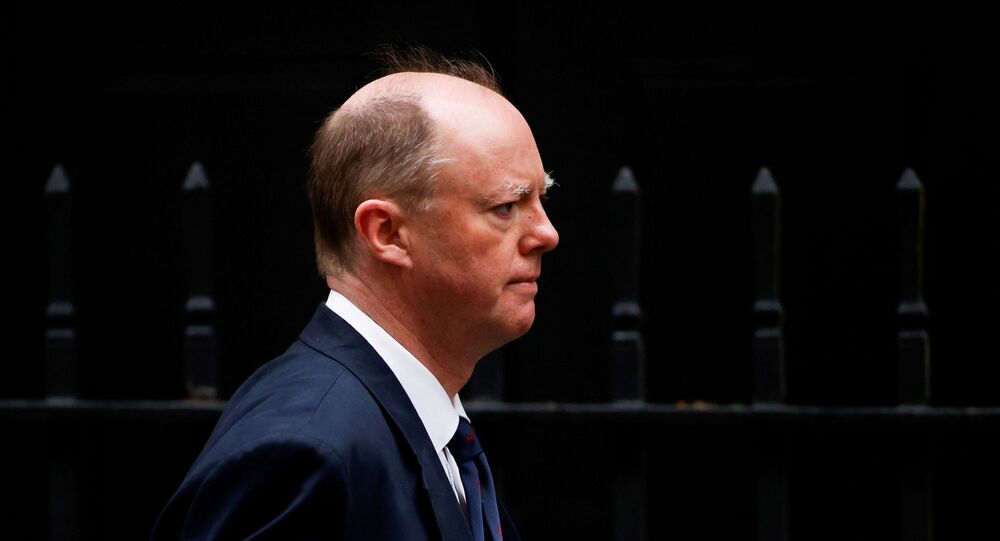 Mobile phone video footage emerged on Monday of Chris Whitty being grabbed and taunted by two rowdy young men as he walked through a central London park – prompting Home Secretary Priti Patel to order a review of security arrangements.

Lee Hurst, formerly a regular guest on the BBC’s sport-themed quiz show They Think It’s All Over, was reported on Tuesday for tweets which encouraged a repeat of the recent public harassment of Professor Chris Whitty.

Mobile phone video footage emerged on Monday of Whitty being grabbed and taunted by two rowdy young men as he walked through a central London park — prompting Home Secretary Priti Patel to order a review of security arrangements for the official.

“Whatever has happened to Chris Whitty is not enough”, Hurst tweeted to his 18,000 followers on Tuesday morning.

“I’m not putting any caveats into the Chris Whitty story. Fk him and his #FullPay, care home murdering scummy pals”, the comedian posted later.

“If there was no video footage of Chris Whitty we would have been told he was beaten up”, he wrote in another post, questioning the seriousness of the incident.

​”I’m shocked at seeing the despicable harassment of Chief Medical Officer Chris Whitty”, Prime Minister Boris Johnson said following the incident. “I condemn the behaviour of these thugs. Our hard-working public servants should not have to face this kind of intimidation on our streets and we will not tolerate it”.

The incident was not the first time Whitty had been abused on camera. In February, he was subjected to insults while queuing to buy lunch from a street vendor.

“As soon as Greta discovers c***, she’ll stop complaining about the single use plastic it’s wrapped in”, he wrote.

Third Time’s a Charm? BoJo to Reportedly Say ‘I Do’ to Fiancee Carrie Symonds Next Summer