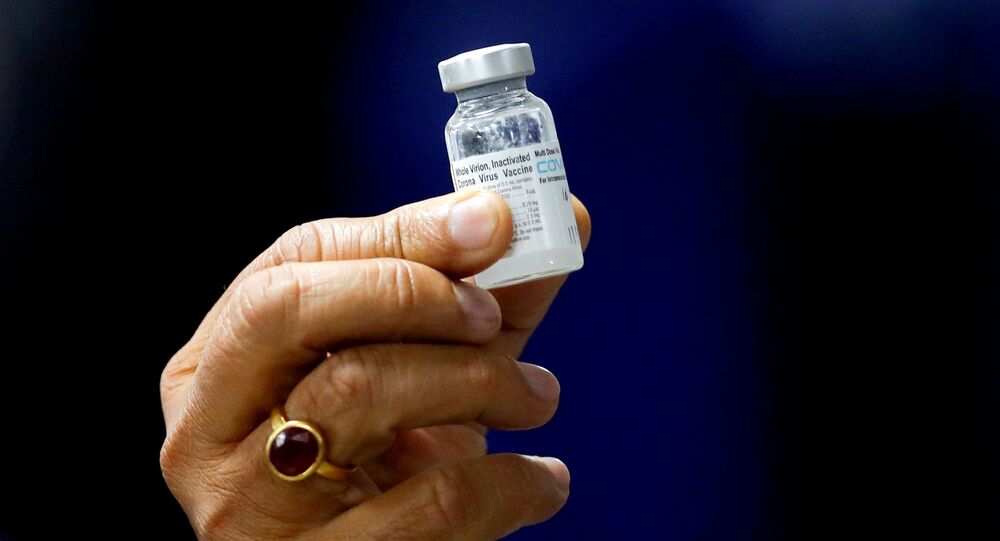 Covaxin, jointly developed by the Indian company Bharat Biotech and government-backed Indian Council of Medical Research (ICMR), is yet to be granted regulatory approval for Emergency Use Listing (EUL) by the World Health Organisation (WHO). Brazil was supposed to be the first export destination for the vaccine.

Brazil has “temporarily suspended” a $324 million deal with Indian vaccine manufacturer Bharat Biotech to buy 20 million doses of Covaxin after a former Health Ministry official alleged that the government of President Jair Bolsonaro was under “intense pressure” to sign the contract.

“The federal government didn’t pay a cent for the contract… But due to compliance issues, the government chose to temporarily suspend the contract”, Brazil’s Health Ministry announced on Twitter.

​Speaking at a press conference on Tuesday, the South American nation’s Health Minister Marcelo Queiroga said that his team would investigate the contract during the suspension phase, Reuters reported.

The whistleblower from the Health Ministry has claimed that the price of each dose of the Indian vaccine would have been inflated by nearly 1,000 percent if the federal government went ahead with the contract. The claim was made during a hearing at the federal prosecutor’s office, which is probing the vaccine deal.

The Brazilian Senate has also opened a separate inquiry into the contract.

On Monday, President Bolsonaro once again defended signing the contract, arguing that the government “hasn’t paid a cent yet nor has it received a single dose” of the Indian-made jab.

During the hearing, one opposition senator reportedly grilled the Brazilian president as to how he could have allowed such a corruption racket to have flourished in his government.

In testimony before the Brazilian Senate last week, Precisa Medicamentos, Bharat Biotech’s intermediary in Brazil, claimed that all of the company’s financial dealings have been “transparent”.

Meanwhile, the US National Institute of Health (NIH) said on Tuesday that Covaxin had proven successful in “neutralising” the Alpha and Delta variants of COVID. The Indian vaccine has applied for Emergency Use Listing (EUL) with the WHO.

Covaxin was granted an import license by Brazilian health regulator Anvisa earlier this month. However, it is yet to be granted regulatory approval by Brasilia.

Bharat Biotech has also rejected the kickback charges, claiming that it “has not received any advance payments nor supplied any vaccines” to Brazil till date.

“The pricing of Covaxin has been clearly established between $15-20 per dose for supplies to governments outside India. The pricing for Brazil has also been indicated at $15 per dose,” the Hyderabad-based company said in a statement on Wednesday.