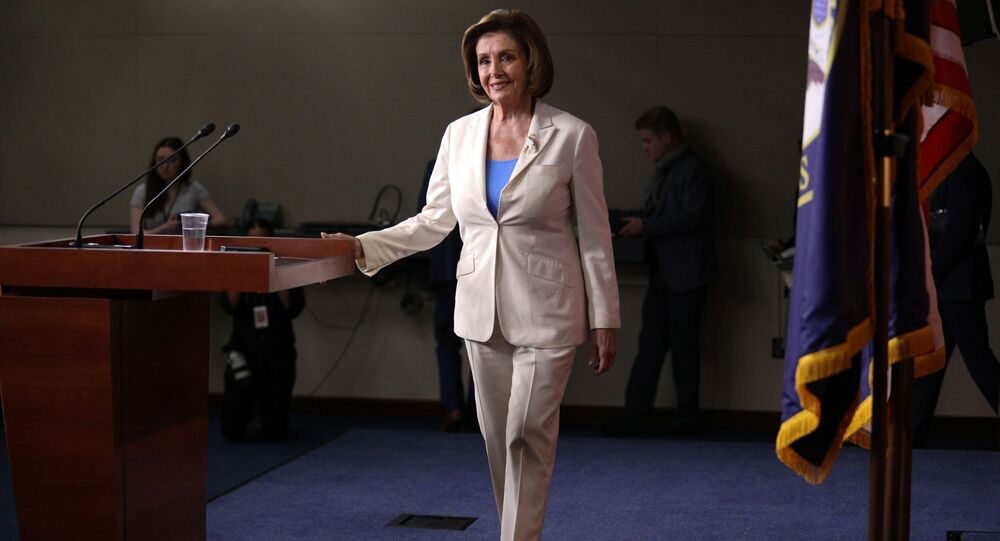 Democrats have been pushing for the creation of a 9/11-style commission to investigate the deadly Capitol riot that took place on 6 January. Republicans, however, prevented the commission from happening after filibustering it in the Senate.

“January 6th was one of the darkest days in our nation’s history. It’s imperative we establish the truth and ensure an attack cannot again happen”, Pelosi said in a statement. “The Committee will investigate & report the facts & causes of the attack and report recommendations for preventing any future assault.”

Pelosi noted that Senate Republicans earlier voted against the creation of the commission, noting that they “did Mitch McConnell a ‘personal favor’ rather than their patriotic duty”.

“But Democrats are determined to find the truth”, Pelosi asserted.

​Pelosi will designate the committee chair, and five members of the thirteen will be chosen after consultations with the GOP. While there is no concrete date for the committee’s final report, it will be able to convey interim findings and legislative recommendations and issue subpoenas.

Earlier, Senate Republicans invoked the first legislative filibuster of the Biden presidency to oppose the creation of the commission on the 6 January Capitol riot which killed five, including a Capitol police officer.

Former US President Donald Trump, accused of inciting the riot, was impeached be the US House a second time over the accusations, which he denied. The Senate later acquitted him.

Situation in Washington, DC After Pro-Trump Rioters Breach US Capitol