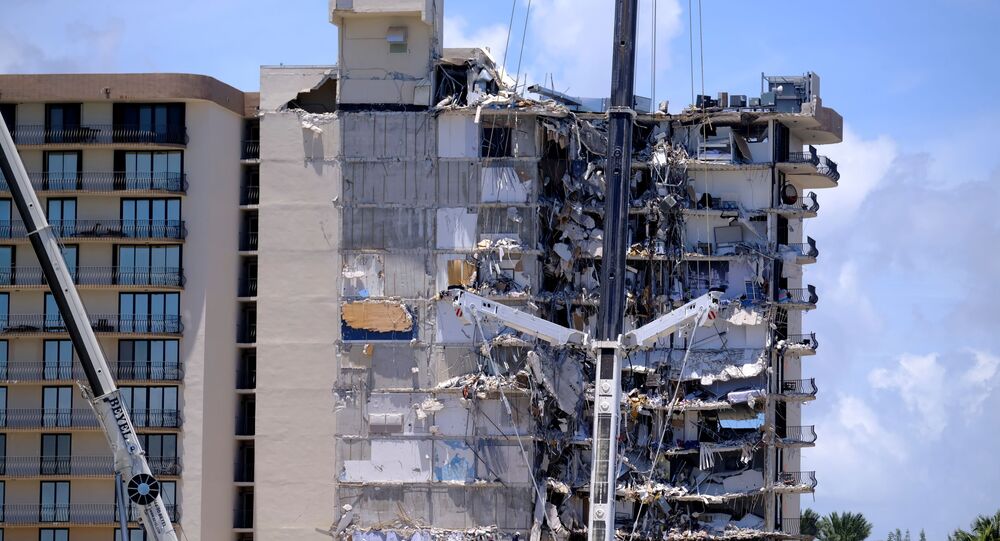 Champlain Towers South, a 40-year-old residential building in the town of Surfside, partially collapsed on Thursday night, leaving at least nine dead, according to the latest estimates. As many as 156 tenants are still reported missing.

Sputnik is live from the town of Surfside in Miami-Dade County, Florida, United States, as rescuers continue emergency operations at a twelve-storey residential building, which partially collapsed on Thursday. This is the fifth consecutive day of operations.

US President Joe Biden declared the catastrophe an emergency and directed federal assistance to the devastated area.

Some nine people are reported dead, while 156 are still missing after the incident.