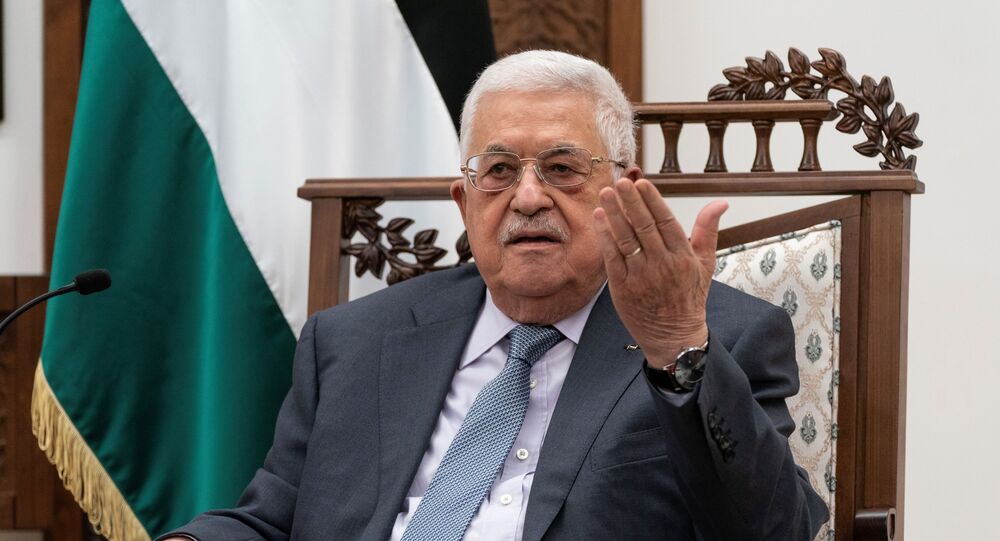 While Palestinian public opinion seems to be slowly shifting toward Hamas, which stands defiant in front of Israel, much of the shift seems to be driven by frustration with the administration of Palestnian National Authority President Mahmoud Abbas, who has solidified power since his 2006 election.

Abbas said Wednesday he would work with the new Israeli administration, which is headed by Yamina leader Naftali Bennett, a staunch opponent of Palestinian statehood.

“There was – and still is – a crisis of government in Israel. The new government, the change government, won by one vote,”  Abbas said in speech in Ramallah aired on Palestinian television, according to Yedioth Ahronoth. “We will deal with whoever the Israeli people choose. So we will deal with them.”

“However, it all depends on [Israel] stopping aggression against the Palestinians, resolving our underlying issues and starting negotiations to reach a permanent solution to the conflict,” he added.

Bennett, who became prime minister as part of a coalition deal with Yesh Atid leader Yair Lapid and five other parties, is a strong opponent of Palestinian statehood and favors annexation of the West Bank. Earlier on Wednesday, his government signed off on the first new construction projects in Israeli settlements in the West Bank since he was inaugurated on June 13. Israel seized the West Bank in 1967 and has settled roughly 475,000 Jews in the territory, who enjoy preferential rights compared to the roughly 2.8 million Palestinians who live there.

For the first time, an Arab party is also part of the Israeli government too: the conservative Arab Joint List, or Ra’am, is part of Lapid’s coalition as well. By joining the government, Ra’am also extracted considerable concessions from his Zionist partners for Palestinians living in Israel, including recognition for Bedouin communities in the Negev and a three-year pause on the Kaminitz Law, making demolition of illegal Palestinian homes harder. However, Ra’am is a small party that lacks widespread Palestinian support.

The PNA has been cautious of the new government, which has billed itself as a “government of change,” primarily for ending Benjamin Netanyahu’s 12-year reign as prime minister.

“This time, a government without Netanyahu was formed in Israel,” the Palestinian Authority Foreign Ministry said when Bennett was inaugurated. “However, it is inaccurate to call it a ‘government of change,’ unless one means to say that Netanyahu is no longer there. As for [the new government’s] policies, we estimate that will see no difference, or perhaps even worse ones.”

Hamas spokesperson Fawzi Barhum also said at the time that “no matter the form of the Israeli government, it will not change the nature of our dealings with [Israel]. It is a settlement occupation entity that must be resisted and from which our rights must be wrested by any and all forms of resistance, foremost of which is armed struggle.”

The United Nations partition that established the state of Israel in the territory of British Palestine in 1948 was supposed to also create an independent Palestinian state as well as leave Jerusalem as an independent, international city. However, in the war that ensued with several Arab states, Israel seized territory far beyond the partition borders and in 1967 captured the entire West Bank and East Jerusalem as well as several other territories. The UN has decried these as illegal occupations, and in 1988, amid the First Intifada uprising, Palestinian leaders issued a declaration of independence. The peace negotiations that ended the uprising in 1994 were to lead toward a so-called two-state solution, but Israeli settlement of the West Bank only accelerated.

Abbas Tries to Head Off Hamas

According to the Yedioth, Abbas also said Wednesday that the PNA is the only legal body who can be trusted with relief money being sent to Gaza by the Qatari government in the wake of the 11-day Israeli bombardment last month. He called on Doha to transfer the cash to his government.

More than 250 Palestnians and 13 Israelis were killed in the war, and thousands of homes in Gaza were damaged or destroyed. According to government estimates, $350 million in damage resulted from Israeli bombs.