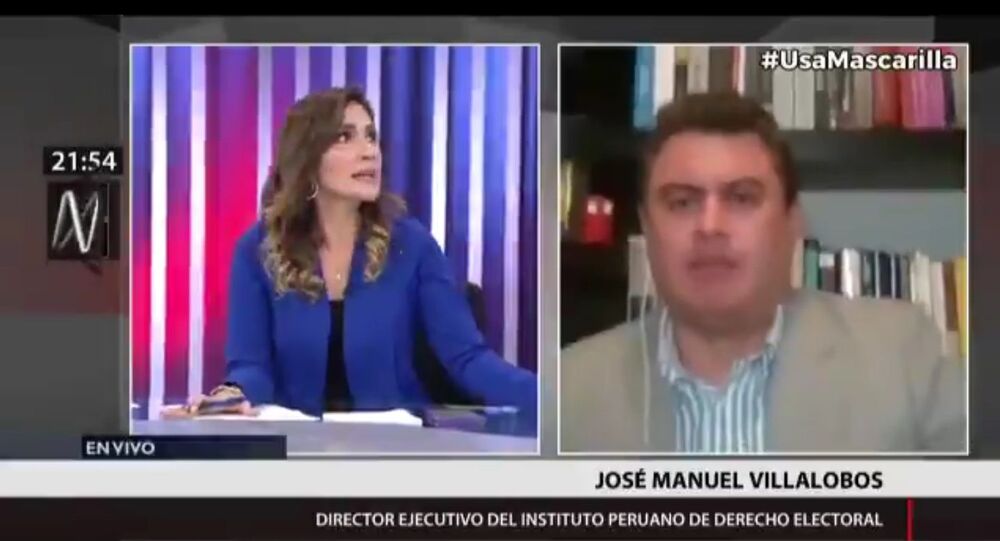 The city was hit by the earthquake on the night of 22 June. The epicentre of the quake was located 33 kilometres southwest of the town of Mala in the Lima Region. No casualties or significant damage to property were reported.

The very concept of breaking news was redefined in the city of Lima on 22 June, as a 6.0-magnitude tremor was caught on live TV. The earthquake interrupted several live interviews on local TV, as seen in the numerous videos which later emerged on Twitter.

​According to local media, at least one residential building in Lima was damaged, and several people received small injuries while leaving their homes. Notably, some residents were caught by surprise when the earthquake hit, so people had to stay outside barely dressed.

In 2019, two people were killed and over 30 were injured after a devastating 8.0-magnitude earthquake rocked parts of Peru and neighbouring Ecuador.​ Peru is located in a seismically active zone known as the Ring of Fire, which is regularly affected by powerful earthquakes and eruptions. The country lies along the border between the South American and Nazca tectonic plates, whose movement causes high seismic activity.