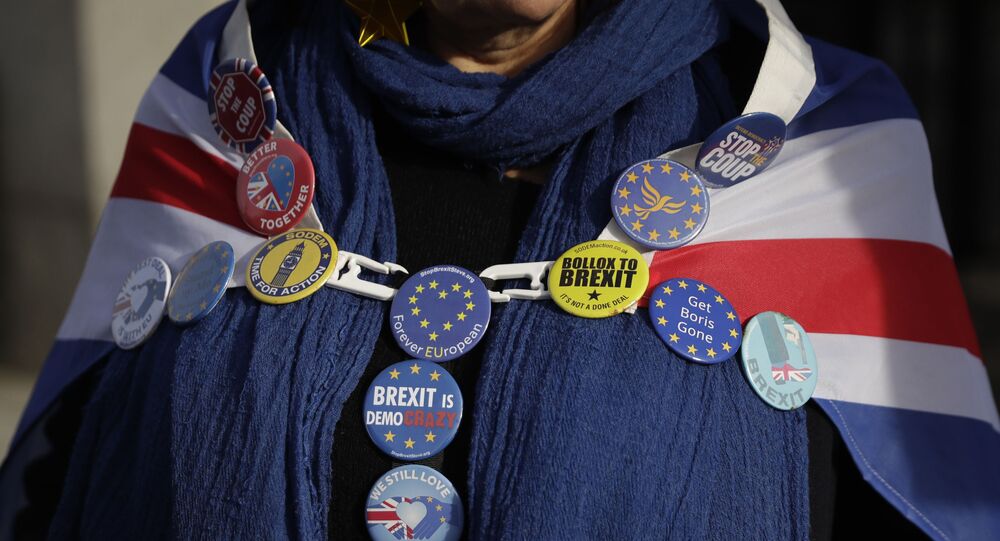 LONDON (Sputnik) – The challenging relationship between the UK and the European Union since Brexit have “killed off” the desire of many countries to leave the European Union, Vicky Pryce, chief economic adviser at the Centre for Economics and Business Research think tank, said on Wednesday.

“If anything, the fact that the UK is having difficulties has meant that there is very little willingness from anyone else [to leave the EU],” Pryce said during an online briefing organized by the Center for Brexit Studies at the Birmingham City University.

The expert cited the cases of France’s Marine Le Pen, Italy’s Northern League, and right-wing parties in Austria and Hungary, which she said are no longer advocating for taking their countries out of the bloc.

“Brexit has killed off the desire for many countries to leave the EU,” Pryce said on the day that marks the fifth anniversary of the referendum in which the so-called “Leavers” obtained a narrow victory over the “Remainers” in the United Kingdom.

Three and a half years later, the UK has left the EU for good, but six months into its “regained sovereignty” as Prime Minister Boris Johnson said in a statement to mark the anniversary, the UK economy seems to be facing the consequences.

David Bailey, professor of Business Economics at Birmingham Business School, said that from the political point of view, Brexit seems to be done, but economically, he stressed, “it is a long-term process with long-term economic consequences.”

“We are seeing a lot of political noise around all the trade deals that are being done with countries outside the EU … but put into context, the extra trade barriers we’ve put in place with the EU will have a far greater impact on our manufacturing base than the trade deals we do with other parts of the world,” the economist said.

In his statement on the fifth anniversary of the Brexit referendum, Johnson claimed that after leaving the bloc, the UK has reclaimed its “money, laws, borders and waters,” and that his “mission” is to use the freedoms gained to deliver a more prosperous future for the British people.

An opinion survey conducted by Savanta ComRes polling firm found, however, that five years later, the UK remained as divided as ever, but now with a narrow lead for the people who want to be part of the EU.