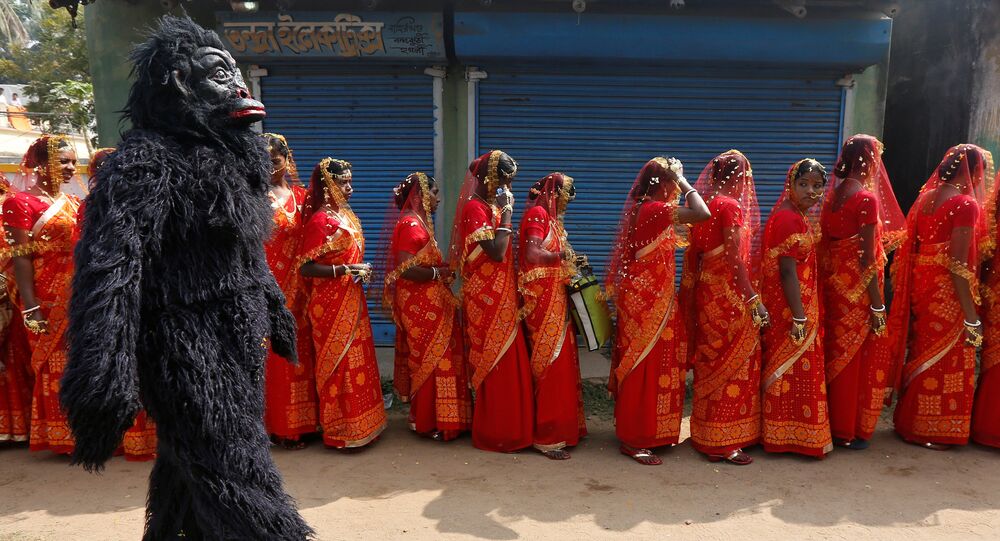 Although dowries have been banned in India since 1961, it still exists among certain sections of society which have refused to abandon old traditions. It is a practice dating back centuries and used to to take place all over the world. In South Asian countries the tradition was for the bride’s parents to give the groom’s family lavish gifts.

The deaths of three women in the Indian state of Kerala allegedly because of dowry harassment in the past two days have led the opposition parties to demand a change in the law to prevent such incidents recurring.

Dowry used to be a ritual all over the world but was abandoned in the West a couple of centuries ago. It persisted in many southern Asian countries where the bride’s parents gave extraordinary, outlandish gifts to the groom’s family, including gold jewellery, property, electronic gadgets, vehicles, and other items during the marriage.

It originated hundreds of year ago as a gesture and the way a family could increase its riches by marrying into the family of an heiress. But over the years, it turned into a ritual in several parts of the South Asia region, especially India.

Several people have also taken to social media to vent their rage over the recent deaths.

​Calling the dowry practice a “social evil of utmost gravity”, Kerala State chief Pinarayi Vijayan on Wednesday said: “Dowry has been given and accepted in various forms and quantities. This is a social evil of utmost gravity. We should deal with dowry and domestic violence from this perspective. We should take an unrelenting stand on this, irrespective of the bride’s family, groom’s family or wife or husband.”

Vijayan also launched a 24X7 helpline for dowry harassment and said that strict action would be taken against the culprits.

On Monday, Vismaya, a 23-year-old medical student, was found dead in her husband’s house. Before her death, she had sent WhatsApp messages to her relations about how she was being harassed and beaten by her husband’s family because of her dowry.

In another incident, a 24-year-old woman named Archana was found ritually killed in Thiruvananthapuram district, where she lived with her husband, Suresh.

Both husbands have been arrested. Kerala state police chief Loknath Behera has brought together a special investigation team and has appointed senior inspector Harshita Attaluri to lead the investigation.

In another incident, on Tuesday at Alappuzha district, 19-year-old Suchitra was found hanged at her in-law’s place. Her husband Vishnu was away from home. They got married in March this year. The police have opened an investigation.

The main state opposition, the Congress party, has demanded a change in law and urged for dowry killings to be punishable by the death penalty.

According to the Kerala Police report, in the past 13 years, they have recorded 212 dowry deaths.

In the past five years, a total of 15,143 cases of harassment over dowry have been registered. According to a female police official based in Kerala, most of the time what happens is that if a woman files a dowry or harassment case, her family takes the dowry back after reaching a mutual agreement between both families.

This year, no dowry deaths were reported until April. But 1,080 cases of women being harassed by husbands or relations have been registered up to April.

‘Can Forgive, But Not Forget’: ‘Mrs Sri Lanka’ Pushpika After The Arrest Of ‘Mrs World’ Caroline