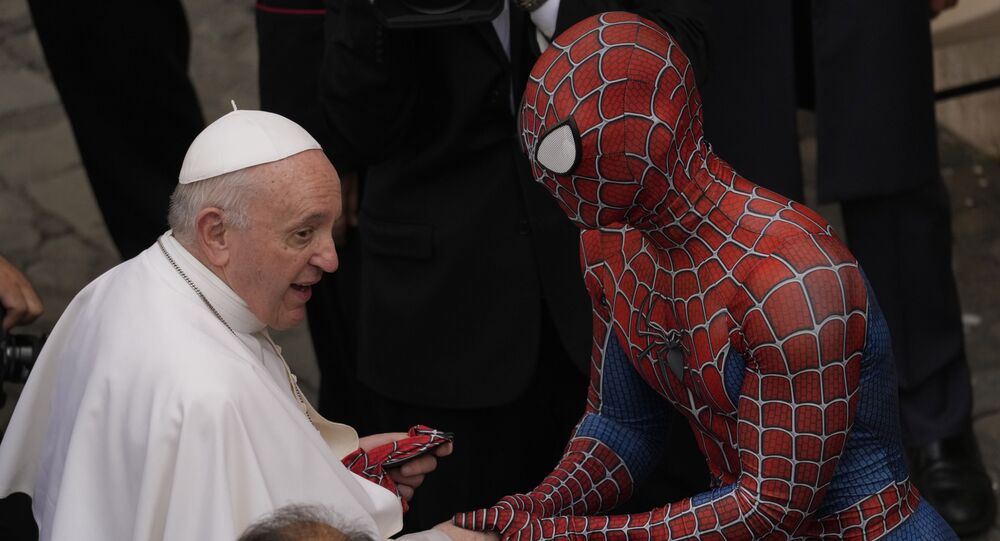 THE VATICAN (Sputnik) – An Italian dressed up as Spider-Man stole the show at Pope Francis’ weekly audience in the Vatican courtyard on Wednesday as he came up to greet the pontiff.

Matteo Villardita, the 28-year-old behind the mask, is known in Italy for posing as the web-slinging superhero to cheer up sick children in hospitals. He was awarded an order of merit for his altruism last year.

​Villardita was filmed shaking hands with the pope who was smiling at him. The Catholic Church leader said there were many youngsters in the audience who were eager to meet their hero. The Spider-Man thanked the pope and gave him a spare superhero mask.