From remarks about potentially snapping up Greenland to engaging in Twitter wars with critics, it’s no secret that former US President Donald Trump’s time in the White House served sketch ideas on a silver platter to NBC’s “Saturday Night Live.” In fact, many Trump administration shenanigans proved to be the weekend show’s bread and butter. 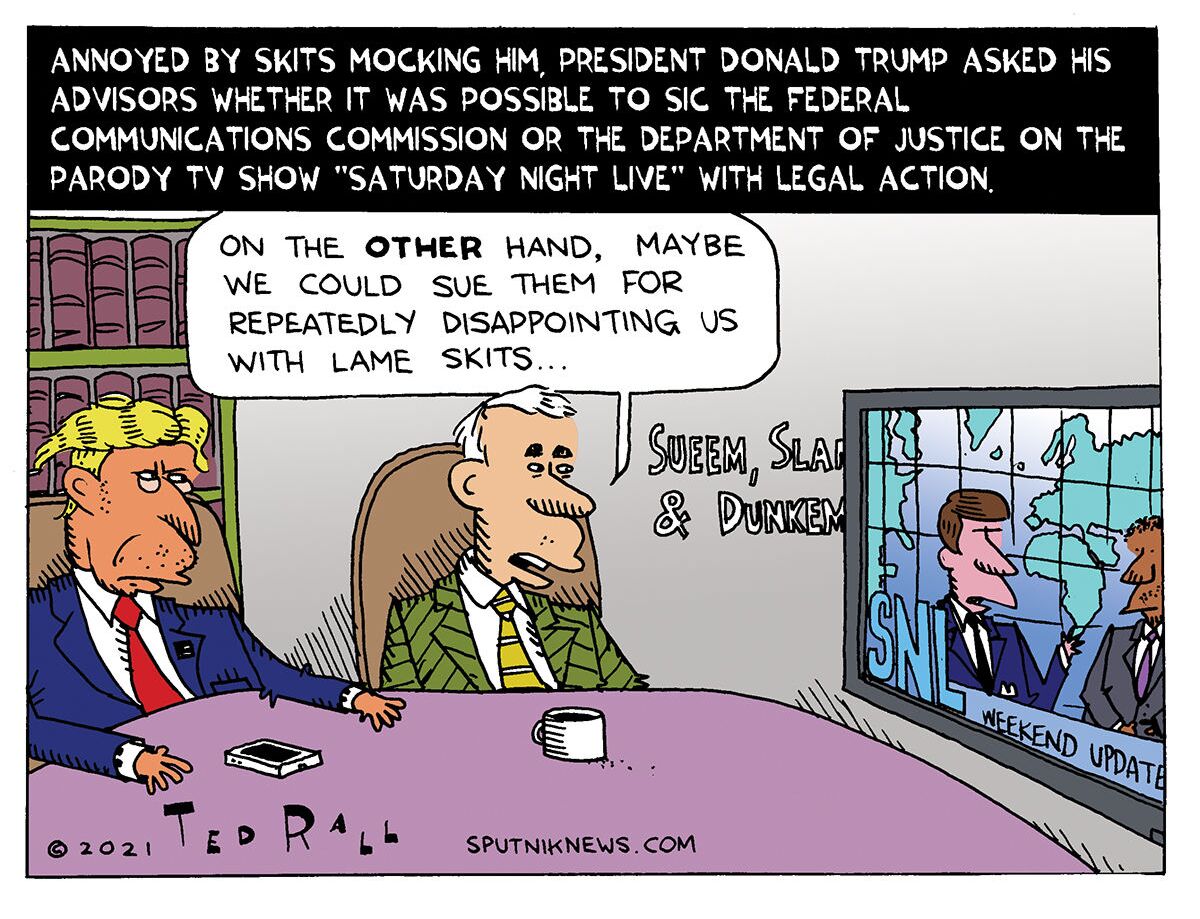 Newly surfaced reports have indicated that Trump, while in office, held talks with advisers and lawyers in early 2019 regarding a potential legal response to the award-winning sketch show’s constant mockery of his administration.

Citing two sources familiar with the matter, the Daily Beast reported that Trump made inquiries about what the Federal Communications Commission, the US Department of Justice (DoJ) or the court system could do to investigate or “mitigate” the show’s sketches, as well as other skits by late-night comedy shows.

At one point, when Trump was informed that the DoJ was not equipped to handle such matters, the former president reportedly appeared “disappointed” that there was no legal response he could take. An official allegedly told Trump that the matter would be further examined, however, one of the sources informed the outlet that it was never actually “looked into.”

Although the Daily Beast is standing by its report, Trump has since responded to the allegations and stated that the claims are entirely false. “It was fabricated, there were no sources, and yet the Lamestream Media goes with it,” he said in a statement.

Oddly enough, Trump also took the opportunity to take a dig at actor Alec Baldwin, who has been the latest individual to portray him on the show, saying that comedian Darrell Hammond was “the one who had what it took” to portray him. Hammond played Trump over a dozen times between 1999 and 2011, with a few scattered guest appearances in the years that followed before Baldwin clinched the role.