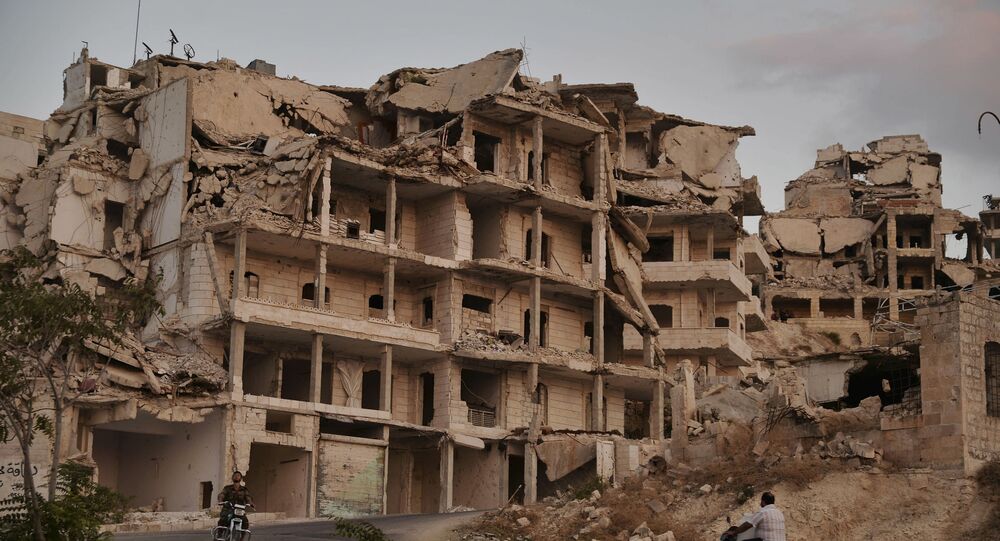 This is yet another report of provocations using chemical weapons, in which terrorists via foreign aid aim to discredit the Syrian army and accuse Damascus of using toxic substances against Syrian citizens.

Militants, together with the White Helmets group, are preparing a staged “chemical attack” in the Idlib de-escalation zone, Rear Adm, Vadim Kulit, the deputy head of the Russian Center for the Reconciliation of Warring Parties in Syria, said on Wednesday.

The Russian military received information about preparations being carried out by terrorists of Hayat Tahrir Al-Sham (formerly known as Jabhat al-Nusra*) for provocations in the Idlib de-escalation zone using poisonous substances. According to sources, the terrorists delivered a tank truck with a poisonous substance to the village of Atma, Idlib province, with which they plan to fill rockets.

“According to available information, the terrorists, in cooperation with representatives of the pseudo-humanitarian organization White Helmets, intend to stage a ‘chemical attack’ for the subsequent accusation of the Syrian government forces of using toxic substances against civilians,” Kulit said at a briefing.

The Russian Foreign Ministry said on Tuesday that attempts to carry out provocations using chemical weapons will not affect Damascus’ commitment to fighting terrorists.

*Jabhat al-Nusra (also known as Al-Nusra Front, Jabhat Fatah al-Sham, or al-Qaeda in Syria) is a terrorist group outlawed in Russia and many other states