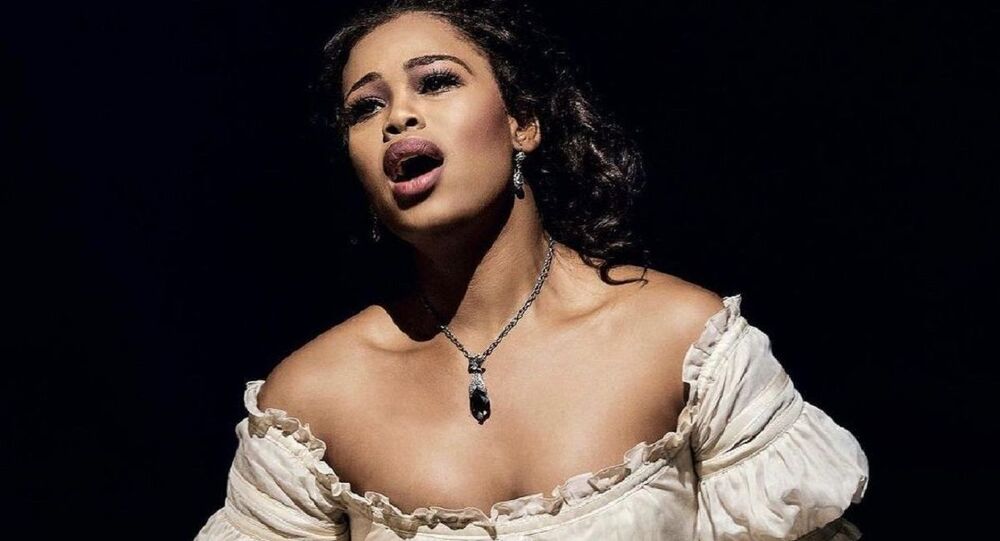 Pretty Yende, a 36-year-old soprano from South Africa, was travelling to France from Italy for a performance on Monday when she was detained at Charles de Gaulle Airport.

South African opera singer Pretty Yende says she was “stripped and searched like a criminal offender” by Charles de Gaulle staff, who detained the soprano for not having the proper documentation to enter France on 21 June.

In a post published on Instagram shortly after the incident, Yende said that she faced “ill treatment and outrageous racial discrimination and psychological torture and very offensive racial comments.”

“They took all my belongings including my cellphone and told me to write down phone numbers of my close family and friends to call with a landline phone they had on the retention cell,” she said, adding that she was then taken to a “prison hotel.”

However, speaking to Opera Wire, the musician said it was “an unfortunate situation” and she really hopes the incident wasn’t an example of racial discrimination.

According to Yende, who was due to perform in the Theatre des Champs-Elysees opera house in Paris, the French authorities didn’t want to accept the “permesso di soggiorno improvvisori” document she was issued in Milan.

“Then they started searching me and told me to take off my shoes. They didn’t even explain to me why I was now being searched. I felt really stripped of my human dignity and respect and couldn’t believe that it was really happening to me with a legal official document,” she told Opera Wire.

Yende also said in a post that she was put in a “cold” retention cell where there was “no light at the beginning.”

“Police brutality is real for someone who look like me,” the South African singer said.

A French police official later told AFP that Yende was questioned because she was travelling with a South African passport and didn’t have a French visa, but eventually received a single-entry visa and was released.

The anonymous official added that a strip-search was a “usual procedure” for anyone without proper paperwork and performed for “security reasons.” They said Yende thanked the police officers when she was allowed to leave the airport, just in time for her performance.

Yende, who has been presented with the Order of the Star of Italy, recently performed in Berlin, Barcelona, and New York – she was in France to perform Vincenzo Bellini’s La Sonnambula.