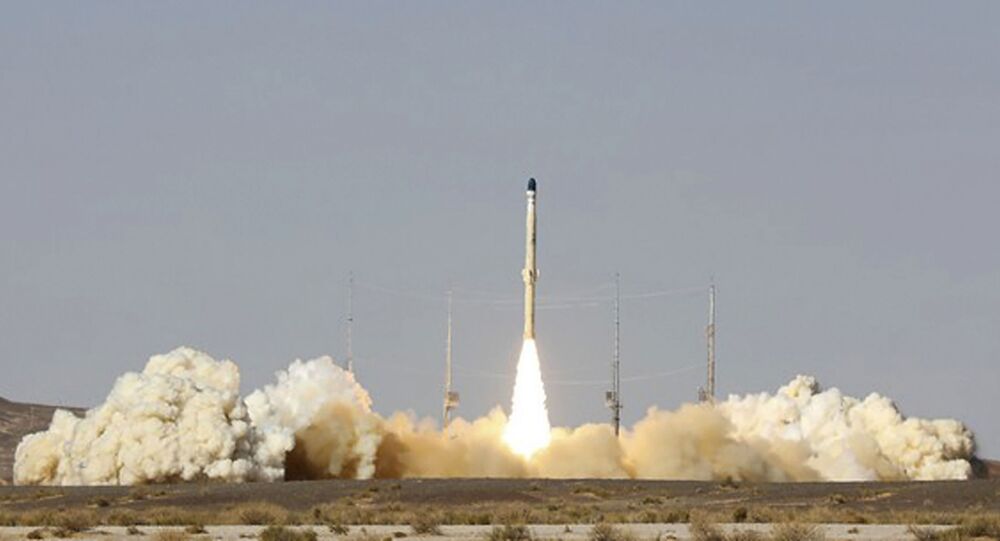 Iran has one of the most advanced homegrown space programmes in the Middle East, and became the first Muslim nation to independently launch a satellite into orbit in 2009. Since then, the Iranian Space Agency has successfully launched several more satellites, and announced plans to send astronauts into orbit by the mid-2020s.

Iranian Information and Communication Minister Mohammad-Javad Azari Jahromi has dismissed US media reporting about an alleged ‘failed Iranian satellite launch,’ saying no launch attempt was made during the time period in question.

“I saw this news this morning. Reports about the unsuccessful launch of the Pars 1 and Nahid satellites do not correspond to reality,” Jahromi said, speaking to Iranian media on Wednesday.

“We did not deliver our satellites into space and are pursuing their launch, but in light of extensive and unilateral US sanctions on Iran’s space programme, the Supreme Leader’s instructions and the President’s emphasis on three axes to respond to these sanctions have been followed,” the official added, referring to a series of measures taken by Tehran to continue its peaceful space programme in spite of the restrictions.

Jahromi’s remarks follow reporting by CNN citing US defence officials saying that the Pentagon had recently tracked a failed Iranian satellite launch, and claiming that Iran was planning to try again later this month. Officials said it was ‘unclear’ why the “unsuccessful” launch attempt failed.

CNN and its sources did not provide any evidence of the alleged failure, instead pointing to satellite imagery by commercial satellite imaging firms Planet and Maxar about “heightened activity” at the Imam Khomeini Spaceport in northern Iran in recent days. The imagery, said to have been taken on 20 June, but which has yet to be independently authenticated, appears to show fuel containers, support vehicles and a mobile launch platform at the spaceport.

Occasionally, the reporting flies back in officials’ faces after Iran demonstrates its space programme’s capabilities. In April 2020, the Pentagon initially dismissed the successful launch of the Noor-1 military satellite as a “tumbling webcam in space,” only to have Iran release highly detailed satellite images of Al-Udeid Air Base – the largest US military facility in the Middle East.

Last month, Iranian media reported that its scientists were working on several separate domestically produced satellites, five of them planned to be launched in the near future. In his remarks Wednesday, Jahromi indicated Iran’s goals include working with universities to build a satellite with an imaging accuracy of within one meter, and the construction of a new type of satellite capable of operating in geostationary orbit. Sending living beings into space is another priority, the official said, noting that the space agency was working with Iran’s Aerospace Research Institute to achieve this goal.

Before that, heartened by the success of Noor-1, authorities announced the need to create space-based radars for the military.

Iran launched its first satellite into orbit in 2009 and sent up three more since then, while also testing several series of space rockets. In 2013, Iran sent a monkey into orbit and retrieved it after a 15-minute flight. In the mid-2000s, the country announced plans to send Iranian astronauts to space by 2025, although it’s not yet clear whether crushing US restrictions will have any impact on this initiative.

Your Work, Zeus? Life on Earth May Have Appeared Due to Lightning Strikes, New Study Suggests