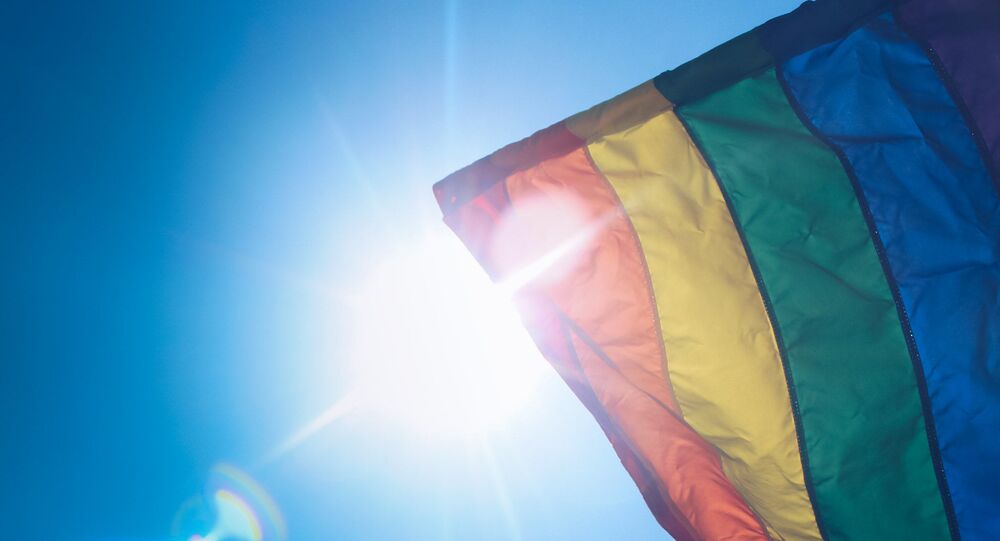 Hungary’s parliament last week approved legislation prohibiting the dissemination of content deemed as “promoting” homosexuality and gender change among those under 18, triggering an outcry among human rights groups and opposition parties.

The European Commission has weighed in on the Hungarian parliament’s controversial new legislation, adopted last week, that prohibits “promotion” of homosexuality and gender reassignment in content for minors.

In the wake of an outcry from human rights groups and calls by fourteen EU governments, including France, Germany, Spain and Ireland, to condemn the new law as a “flagrant form of discrimination based on sexual orientation, gender identity and expression,” European Commission President Ursula von der Leyen on Wednesday announced initial legal steps against the bill.

​Von der Leyen vowed to use “all the powers of the Commission” to safeguard EU citizens’ rights.

“The Hungarian bill is a shame… I strongly believe in a European Union … where you are free to love who you want, and I believe in a European Union that embraces diversity… so I will use all the powers of the Commission to ensure that the rights of all EU citizens are guaranteed, whoever you are and wherever you live,” von der Leyen said in Brussels at a press conference with Belgian Prime Minister Alexander De Croo.

Ursula von der Leyen said she had instructed two of her commissioners, Didier Reynders and Thierry Breton, to write a letter to the Hungarian government “expressing our legal concerns before the bill enters into force”.

If Hungary goes ahead with the law, which is not yet implemented, the Commission can formally introduce an infringement procedure to stop the bill, writes Politico.

If Orban’s government fails to comply with that request, the case could be sent to the European Court of Justice, which, in turn, could rule that Hungary annul or amend the law, with Budapest facing a fiscal penalty if it baulks at that.

In a statement, Hungarian Prime Minister Orban has dismissed allegations the new law is discriminatory. He added that the legislation in no way affects right to sexual orientation of people older than 18.

“In order to ensure… the protection of children’s rights, pornography and content that depicts sexuality for its own purposes or that promotes deviation from gender identity, gender reassignment and homosexuality shall not be made available to persons under the age of 18,” said the legislation, cited by AFP.

The legislation was introduced by Fidesz, the conservative ruling party of Hungarian Prime Minister Viktor Orban. Hungary’s National Assembly passed the bill in a 157-1 vote.

According to a Fidesz press release, the legislation “protects the right of children to self-identity according to their gender in the child protection system”, while also targeting paedophile crime and child pornography, to “prevent paedophiles from filling jobs where they can meet children”.

LGBTQ+ activists and civil rights groups in the country and from the European Union slammed the bill, with protesters flooding the streets of the Hungarian capital.

1000s gathering in front of #Hungary parliament protesting the anti-LGBT bill equating sexual and gender diversity with paedophilia. One sign reads “Can our child look at us?” #LGBT pic.twitter.com/YPAJTM9r1f

On Tuesday, Germany, the Netherlands, Sweden, France, Ireland and other European countries denounced the draft law, which has been decried as “grotesque”.

Viktor Orban’s government, which is known to champion conservative family values, hit back against the outcry, claiming the law only aims to protect children.

“The liberal steamrollers are once again at work against Hungary,” said the prime minister.

Viktor Orban has been vehemently claiming he seeks to protect traditional Christian values against what he perceives as “excesses” of Western liberalism.

As further manifestation of Orban’s stance, last year the Hungarian parliament passed a law effectively banning same-sex couples from adopting children. The legislation says only married couples can adopt, with some exceptions for single relatives of the child. Rights groups deplored the new laws as signalling “a dark day for human rights”.

How One of Europe’s Smallest States, San Marino, is Winning the COVID War Thanks to Russia’s Vaccine