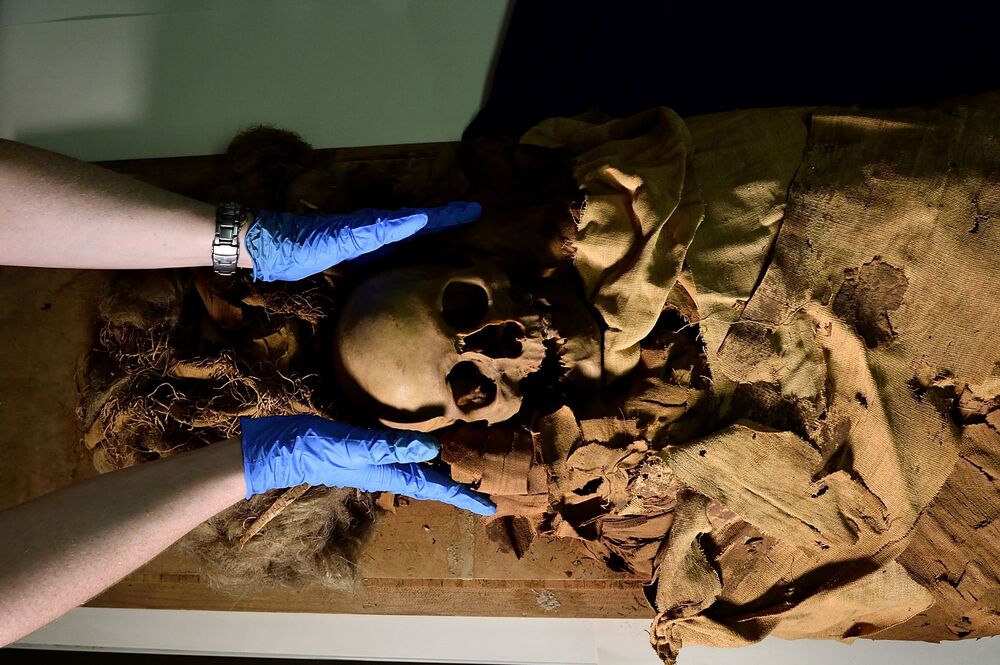 Scientists hope to reconstruct the life of the Egyptian priest and unveil which kinds of products were used to mummify the body.

The personality of Ankhekhonsu, an ancient Egyptian priest, has been surrounded by mysteries for ages. But a group of Italian scientists is going to shed some light on his life and death through the use of modern technology.

Earlier this week, the mummy of Ankhekhonsu was transferred from Bergamo’s Civic Archaeological Museum to Milan’s Policlinico hospital, where it underwent a CT scan. The research will help scientists get a closer look at how burial customs were organised almost 3,000 years ago, and which products were used to mummify the body.

Sputnik has selected several pictures showing how scientists scanned the mummy and what the nearly 3,000-year-old body looks like.

UEFA EURO 2020: Fans Dress up to Cheer For Their National Teams