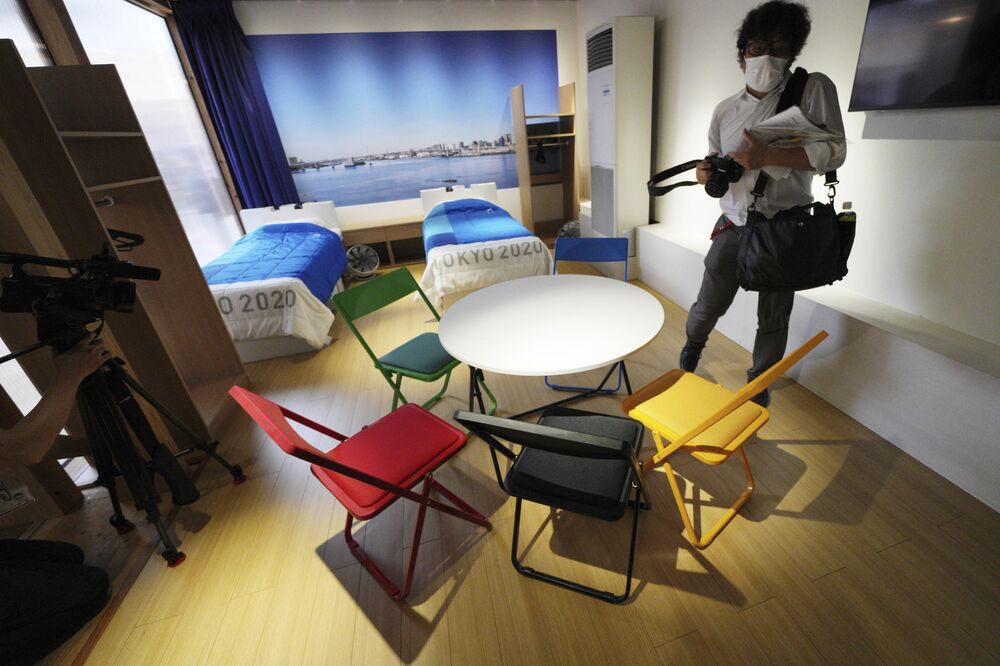 The Tokyo Summer Olympics are on the way! Despite coronavirus restrictions remaining in force during the games, the organisers have made sure that athletes will feel comfortable in the newly-built Tokyo Olympic and Paralympic Village.

Sputnik has selected the best pictures of the Olympic Village, which was first unveiled to the media on 20 June. The Olympic village will officially open on 13 July – 10 days before the start of the games. The organisers made it available for journalists to tour the site and take a closer look at the residential areas for athletes and other facilities.

The residential segment includes 21 buildings scattered across the village’s territory. In total, these buildings have around 3,800 rooms. Athletes and other members of national teams will be offered up to 700 different dishes traditional to both Japanese cuisine and the national cuisines of other countries. The 24/7 dining hall is designed to lodge 5,500 athletes and serve about 45,000 dishes daily.

All participants in the games this summer will be required to pass two COVID-19 tests before departure and undergo daily testing for first three days after arrival.

The Summer Olympics in Tokyo, initially scheduled for 2020, were postponed by a year due to the outbreak of COVID-19. The games are due to kick off on 23 July and last until 8 August.