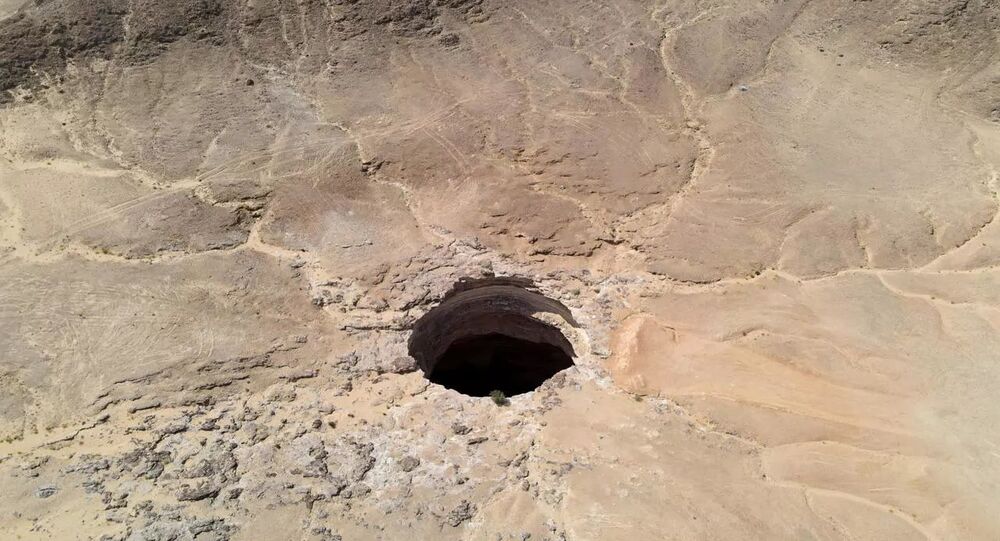 Located in the desert, 1300km from Yemen’s capital Sanaa, the Well of Barhout has captivated the attention of scientists and adventure seekers for a long time. The giant hole is 30 metres wide and between 100 and 250 metres deep. Locals avoid going near it, claiming it is filled with evil demons.

Scientists still don’t know how the mysterious Well of Barhout, otherwise known as the Well of Hell, appeared. According to Salah Babhair, director-general of Yemen’s geological survey and mineral resources authority, experts have entered the giant hole, but weren’t able to reach the bottom as “there’s little oxygen and no ventilation” there.

“We noticed strange things inside. We also smelt something strange… It’s a mysterious situation,” he said without elaborating further.

Bizarre things have indeed been reported at the site. People who tried to film a close-up of the Well of Hell, claimed it was almost impossible. Some said that objects placed near the chasm are sucked into it.

Local legends say the well was created as a prison for demons – an idea which probably gained credibility because of the stench that emanates from it. More superstitious locals not only avoid going near it, but also refrain from talking about it for fear of ill fortune.

Scientists, however, reject the notion that demons and ill fortune have anything to do with the well and its origins.

Chris Fogwill, Professor of Glaciology and Palaeoclimatology at Keele University in the UK, has suggested that the chasm could be a collapsed pingo or a sinkhole, caused by the erosion of the limestone. Other researchers have suggested that the giant hole could be a supervolcano, which will erupt at some point.