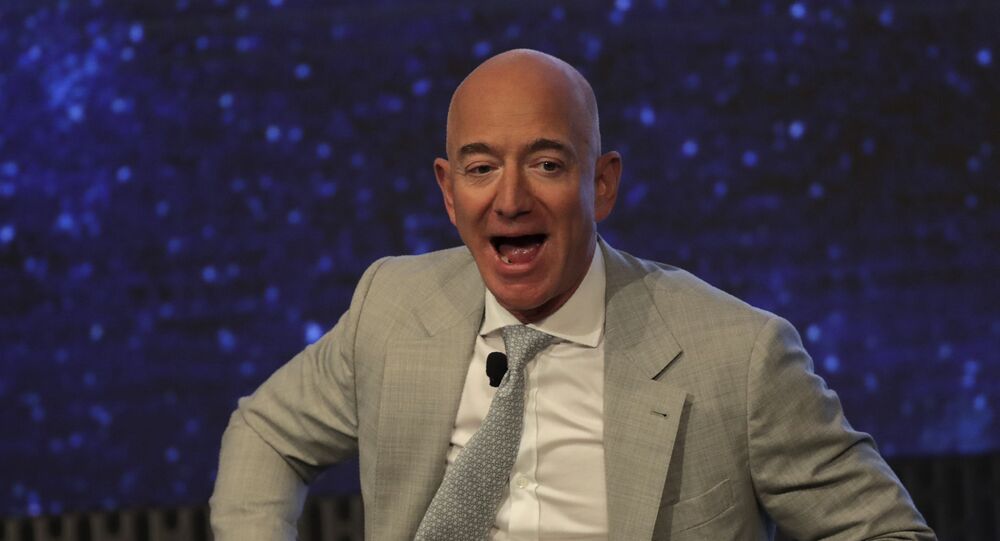 Amazon founder Jeff Bezos recently announced that he, along with his brother Mark and two others, would be blasting off into space in mid-July aboard the New Shepard suborbital rocket system that was designed by Bezos’ space company Blue Origin. The voyage is expected to last just 11 minutes.

Tens of thousands of individuals have signed their names to a petition calling for Bezos to not be allowed reentry to Earth after his July launch into the cosmos, the latest tally on the public appeal reveals.

With a goal of 75,000 signatures, the petition, dubbed “Do not allow Jeff Bezos to return to Earth,” has obtained a seal of approval from just over 63,000 individuals. Maintaining its current pace, the appeal will likely meet its goal by mid-week, if not earlier.

The petition, started by user Ric G, states that “billionaires should not exist… on Earth or in space, but should they decide the latter, they should stay there.”

Various comments left on the petition range from highlighting the low wages Amazon workers receive to reiterating that Bezos, along with several other billionaires, should be booted from the planet permanently.

“Seriously, don’t come back,” one user remarked, whereas another wrote, “If we can’t eat the rich, then we can only hope something on Mars will.”

And yet, this petition isn’t the only one calling for the same objective. Another Change.org effort titled, “Petition To Not Allow Jeff Bezos Re-Entry To Earth,” has gained over 20,000 signatures. Its current target is to get to 25,000.

The effort has gained a mixed reaction across social media, with some netizens supporting the move and others simply reacting to the online push. Some, however, are not exactly impressed.

It’s worth noting that Bezos isn’t the only billionaire seeking to head out into the cosmos. Well-known efforts have also been started by SpaceX founder Elon Musk, as well as Richard Branson, the founder of the Virgin Group who also has the space program Virgin Galactic.

Is Marvel’s Arch-Villain in the New Captain America Comics Inspired by Jordan Peterson?