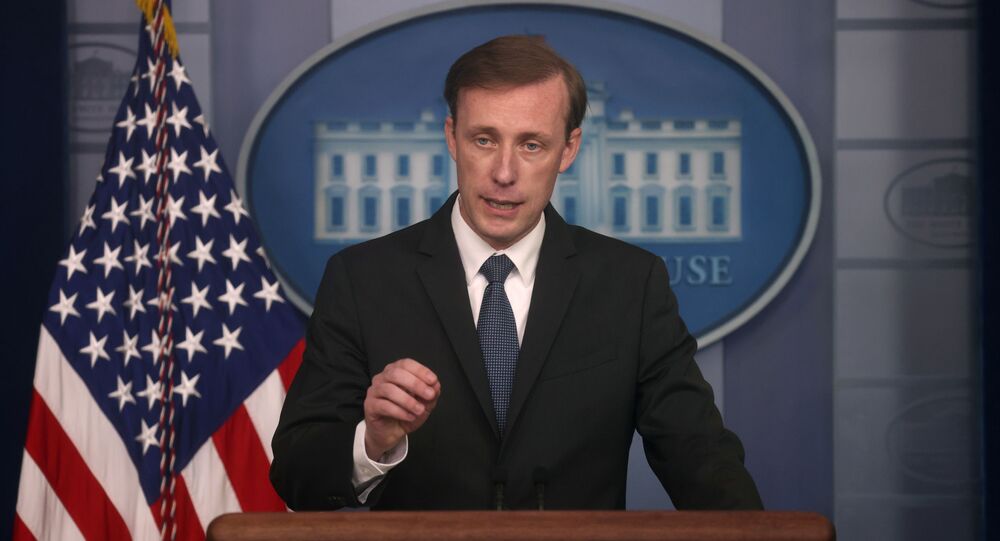 US President Joe Biden earlier announced that he had given US intelligence agencies 90 days to compile a report on the coronavirus origin, which he pledged to make public if it does not reveal anything Biden is not aware of.

US National Security Adviser Jake Sullivan told Fox News in a Sunday interview that Beijing will face “isolation in the international community” if it does not cooperate with investigations into the origin of the COVID-19 pandemic.

“It is that diplomatic spadework – rallying the nations of the world, imposing political and diplomatic pressure on China, that is a core part of the effort we are undertaking to ultimately face China with a stark choice: Either they will allow, in a responsible way, investigators in to do the real work of figuring out where this came from, or they will face isolation in the international community,” he said.

The national security adviser did not elaborate how Beijing prevented the previous investigation from being conducted with transparency, particularly as Beijing provided a World Health Organization (WHO) team of scientists with a hosted visit to conduct their probe. The WHO team concluded that it was highly unlikely that the virus had originated in a laboratory, and suggested instead that the deadly pandemic was transmitted to humans from wild animals.

What Sullivan did clarify is that the United States does not solely rely on China for the coronavirus origin investigation.

“The president reserves the right through our own analysis, our own intelligence community’s efforts that he has directed and through other work that we will do with allies and partners to continue pressing on every front until we get to the bottom of how this virus came into the world,” he said.

In May, Biden announced the release of an extensive US intelligence report on the coronavirus origin, saying that it would be made public unless there is anything he is not aware of after the 90 days he gave to intelligence agencies to prepare the results of their research.

As the world continues to suffer from the COVID pandemic, a heated debate has unfolded over the origin of the disease, with many arguing that it could have escaped from the laboratory at the Wuhan Institute of Virology – something that was earlier denied by China as a “politicized” claim, while also debunked by WHO experts.

‘Race and the Cosmos’: New US University Course Merges Astronomy With ‘History of Race’