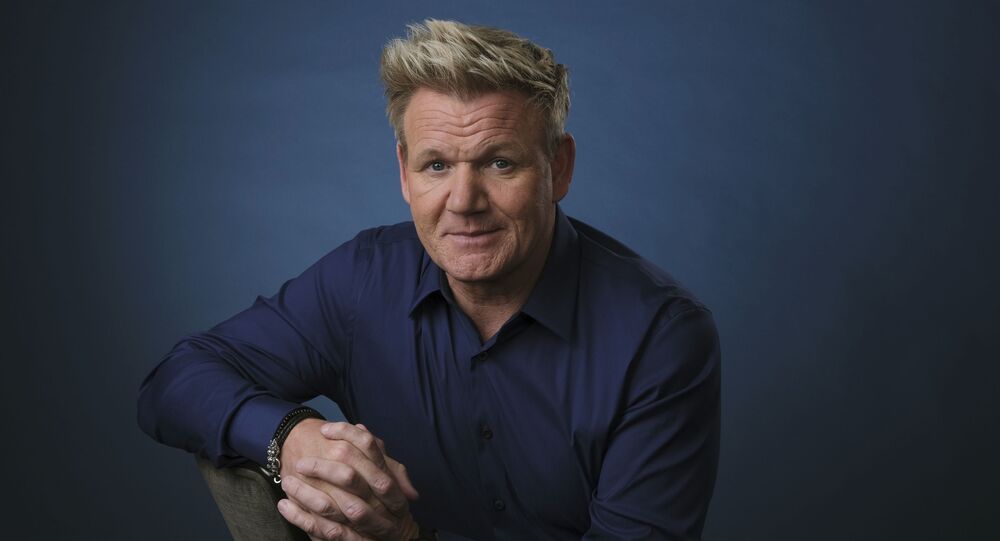 The renowned TV chef has said it “grates on him” when his daughters bring their romantic interests home.

The 54-year-old celebrity chef, Gordon Ramsay, has revealed that sometimes when his daughters have male friends over he launches into expletive-laden tirades and threatens their boyfriends with a knife.

“Four or five years ago they used to bring friends home, now they bring boyfriends home, which really grates on me. I just stand there, about to chop onions and stare at them with a knife, and go ‘you are not going upstairs, you little s**t'”, Ramsay said during an interview with Extra TV.

The reason why the television personality goes on a foul-mouthed rant is his attitude towards his children’s education and studies – the thing he prioritises the most.

“You are not going to go upstairs and rehearse that English exam, you are f**ing staying downstairs”, Ramsay told one of his daughter’s guests.

In 2019, it came to light that his daughter Matilda was dating Italian-British celebrity chef Gino D’Acampo’s son Luciano, while Gordon voiced his dismay at the turn of events. Gino, who appeared on the show “Gordon, Gino and Fred’s Road Trip” with Ramsay, later revealed it was a pleasure for him to know that his son was dating Gordon’s daughter.

Ramsay, who owns 35 restaurants across the UK and stars in TV shows including “Hell’s Kitchen” and “MasterChef”, was listed by Forbes in 2020 as the only chef on the Celebrity 100 list of the world’s highest-paid celebrities.

‘He Was Better Than I Thought’, Mayweather vs Paul Ends Without Knockout