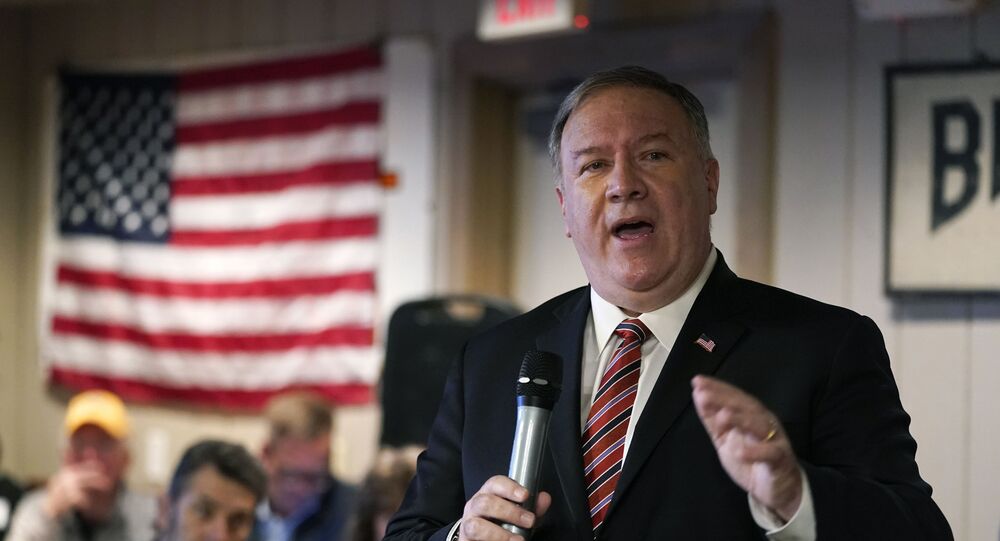 The former top diplomat has been in the media spotlight recently after he attacked the Biden administration for reversing Donald Trump’s “America First” policy which – Pompeo argued – would make the country weaker.

It seems former US Secretary of State Mike Pompeo should have thought twice before using military jargon to speak about a new conservative political action committee (PAC). The former CIA chief went on social media to promote Champion American Values PAC which, according to its website, stands up “to the radical Left’s agenda” and preserves “conservative values upon which America was founded”.

“I need each of you to be a pipehitter. Get stuff done. Keep grinding,” the official said in a video posted on his Twitter.

​The post triggered a torrent of sarcastic comments with users left baffled by the term the official used.

I don’t think that word means what Pompeo thinks it means.

This is just embarrasing.

​Many netizens joked that the former top diplomat was encouraging people to do drugs.

​Other users highlighted a second meaning of the word.

You lifted this term from Student of the Gun website. You do realize the term “pipe hitter” can also refer to women who R romantically attracted to other women. Mostly used by military Special Ops groups. But you just go ahead and use it for UR own twisted purposes

​Still others wondered why Pompeo didn’t consult with marketing experts on the term and remembered other inappropriate slogans.

Did anyone check with marketing on this one?

This is like when the Tea Party thought it was cool that people were calling them Tea Baggers.

​The former Secretary of State seemingly attempted to defend himself and posted a definition of the term.

“Being a pipehitter means getting stuff done and NEVER giving an inch. One of the best CIA officers I worked with was a former special operator. When I’d ask him about someone, if they were top-notch, he’d say, ‘love that guy. Pipehitter.’ He meant that person got stuff done & was dedicated to the mission. All of us need to be pipehitters,” Pompeo wrote on Twitter.

The explanation, however, failed to quell the torrent of mocking comments.

CIA getting back in the coke business?

​Incidentally, the politician is not the first to have raised eyebrows using the word pipehitter. Last year a US serviceman Eddie Gallagher, who was accused of war crimes, but later acquitted, founded a non-profit organisation The Pipe Hitters Foundation, which defends “the rights and freedoms” of US servicemen and provides help when they face legal hurdles. Gallagher too was mocked for using the term.

Portrait of Prince Harry Created by a Pig Sells For Over £2,000