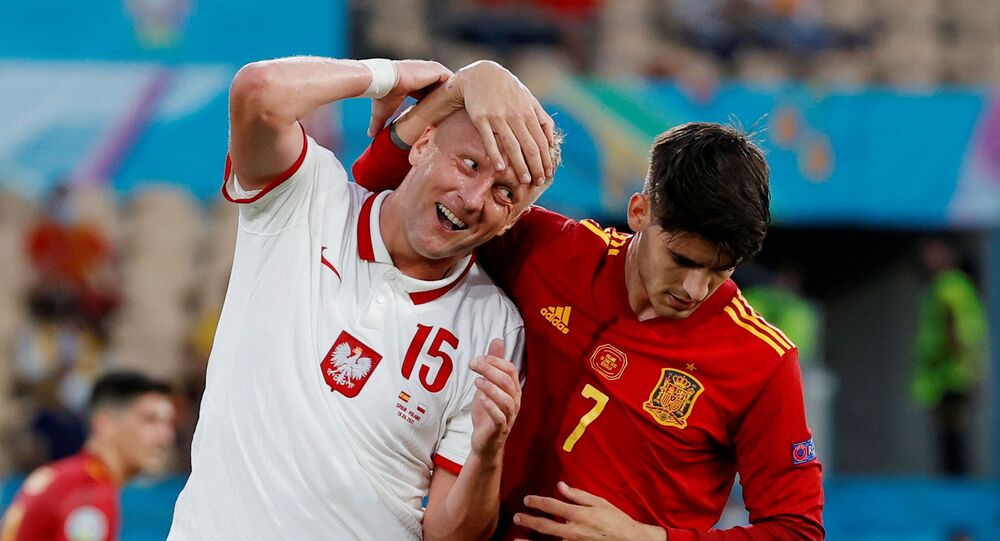 MOSCOW (Sputnik) – The Group E match at the 2020 UEFA European Football Championship played by the national teams of Spain and Poland has ended in a draw.

The Saturday game at Estadio La Cartuja in Seville, Spain, ended with a score of 1:1. Robert Lewandowski scored his first goal of Euro 2020, equalizing the score for Poland in the second half of the match.

Spain will now play Slovakia in their final group game on Wednesday, June 23, while Poland will take on Sweden on the same day.

This year, the UEFA European Football Championship is being held across the continent for the first time in its 60-year history, with 11 host cities: London, St. Petersburg, Baku, Munich, Rome, Amsterdam, Bucharest, Budapest, Copenhagen, Glasgow and Seville.

The event final is scheduled for July 11 at London’s Wembley Stadium.