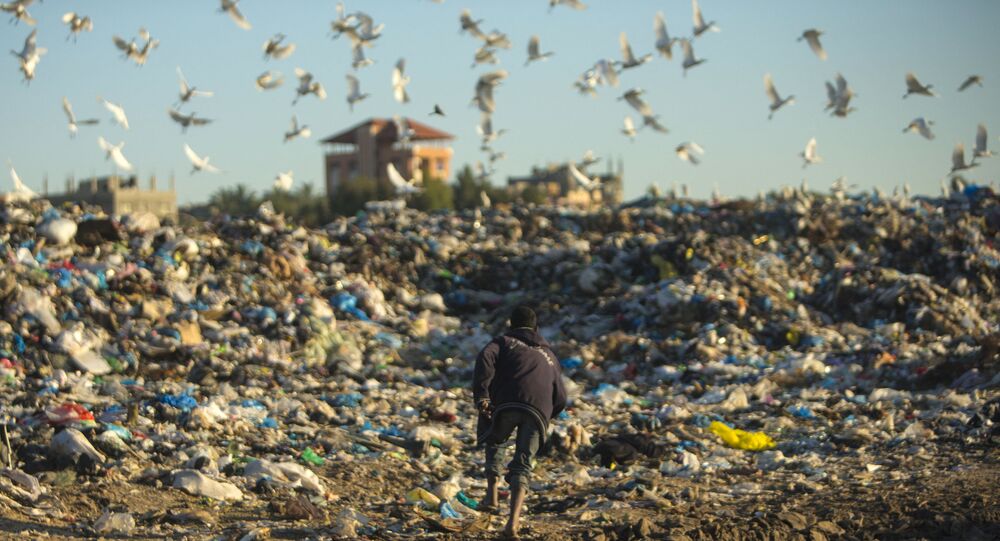 The Gaza Strip only has two recycling plants and more than 20 initiatives that turn plastic waste into other products. But for an area with two million people and 2,000 tonnes of garbage a day that is definitely not enough.

More than a month after Israel’s “Operation Guardian of the Walls” ended, construction workers in Gaza are still removing the rubble caused as a result the military campaign that left more than 250 Palestinians dead.

But although the debris is now one of Gaza’s main headaches, the enclave is facing yet another problem, that of excessive amounts of plastic waste that only grow bigger with time. In 2018, for example, Gaza’s two million people produced nearly 800 tonnes of waste a day, 12 percent of which came from plastic.

Two years down the line, the daily amount of waste already stood at 2,000 tonnes and Sami Al Naffar, an expert on plastic in the coastal enclave, says the situation is rapidly getting out of hand.

“We can see plastic waste everywhere: in the streets, houses, schools, factories – you name it. Needless to say, the presence of high quantities of this material is dangerous for people and the environment”.

Head of Beirut Port Claims No Explosives Were Stored Near Substances That Blew Up, Reports Say