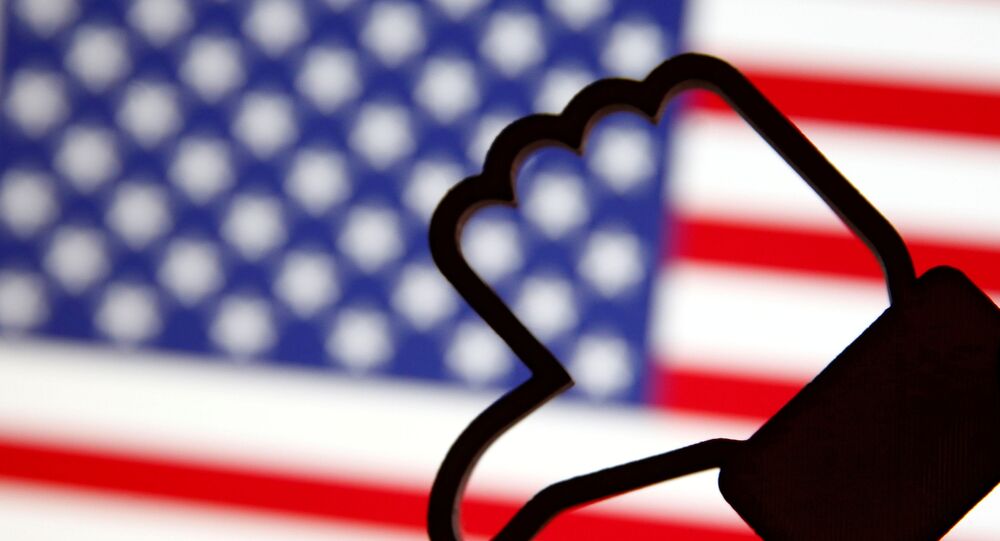 American singer-songwriter, R&B and soul artist Macy Gray received a Grammy Award for her song “I Try” and five Grammy nominations for her album The Sellout, released in 2010.

Musician Macy Gray said in an op-ed published in honor of Juneteenth on MarketWatch, that the American flag should be modified as it “no longer represents” American values.

“The American flag has been hijacked as code for a specific belief. God bless those believers, they can have it. Like the Confederate, it is tattered, dated, divisive, and incorrect. It no longer represents democracy and freedom,” she stated.

Saying that it’s time for a new flag, she suggested 52 stars instead of 50, as Washington DC and Puerto Rico have long been “lobbying for statehood.” Gray also suggested that the stars have more “colors of ALL of us — your skin tone and mine — like the melanin scale.”

Talking about the stripes, she noted that they should also be reconsidered.

“The Smithsonian documents that the “white” stripes represent purity and innocence. America is great. It is beautiful. Pure, it ain’t. It is broken and in pieces,” Gray said.

Gray recalled the history of the modern US flag, drawn by 17-year-old Bob Heft in 1959, when the US still had not included two states, Hawaii and Alaska, which were at the time claiming statehood. “Bob had a hunch they’d get the nod. He crafted a NEW flag with 50 stars for the then-future, because things had changed,” Gray noted.

The suggestion confused some users in Twitter with the most of those puzzled criticizing the idea. They commented that too many people died for the American flag and said that it should not be “canceled.”

All you can do anymore is laugh… 🤦🏼‍♂️

I fought for this flag and my brothers who never came home from Vietnam. Love it or leave.

No to cancel culture. Such opinions from leftists come out from celebrities who are looking for more attention where Americans give too much attention and credits to celebrities and entertainers who have no ideas about history of this country.

This is where I draw a line. No. Absolutely not. I will not sit back and let treasonous articles like this even be discussed. Many of good people have fought for our flag and died for our freedom. Our imperfections can be overcome, but I’m not changing the fabric for cancel cult.

This is what happens when predators are granted an inch. They try to take a mile! With freedom comes accountability. Not everything needs to be changed to accommodate the lamenters!

​Others suggested that changing a flag is not a solution and it’s not symbols that should be reviewed, but people’s attitudes.

No need to be changed , it needs to stop being rasist period .we all humans and we are the same .

Not changing the flag because some celebrity opinion. What the flag means and stands for has never changed. The failure of the people in this country to live up to it’s meaning is the change that needs to happen.