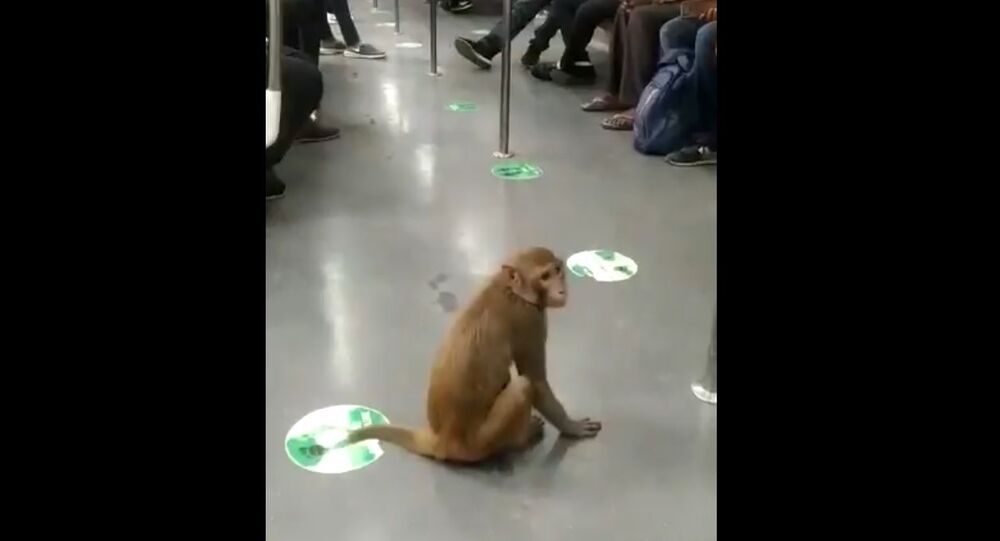 Hilarious situations occur every day here and there across the world and often get caught on camera, so this time a video of a monkey seen enjoying a fun ride on the Delhi metro has tickled the funny bone of internet users.

A viral video of a monkey taking a ride inside the Delhi metro is making the rounds on the internet and is amusing netizens.

The video clip shows the simian first roaming around the metro train coach and eventually settling on a seat next to a commuter.

A user while posting the video tagged the official Twitter handle of the Delhi Metro Rail Corporation to which it replied, “Hi, thank you for reaching out. Kindly mention the coach number and current station for further assistance”.

​Another user said: “Monkey in the metro. A monkey entered the metro running on the Delhi Blue Line. Monkey caused no harm to anyone”.

Replying to this, yet another netizen said: “No one harmed the monkey seems more appropriate because that is more likely. Monkey & the guy adjacent to whom he sat – both were cool about it”.

Monkey in the metro. A monkey entered the metro running on the Delhi Blue Line.
Monkey caused no harm to anyone. pic.twitter.com/yJUZZnCmqI

End of an Era: Doyen of Cancer Care in India Dr V Shanta Passes Away