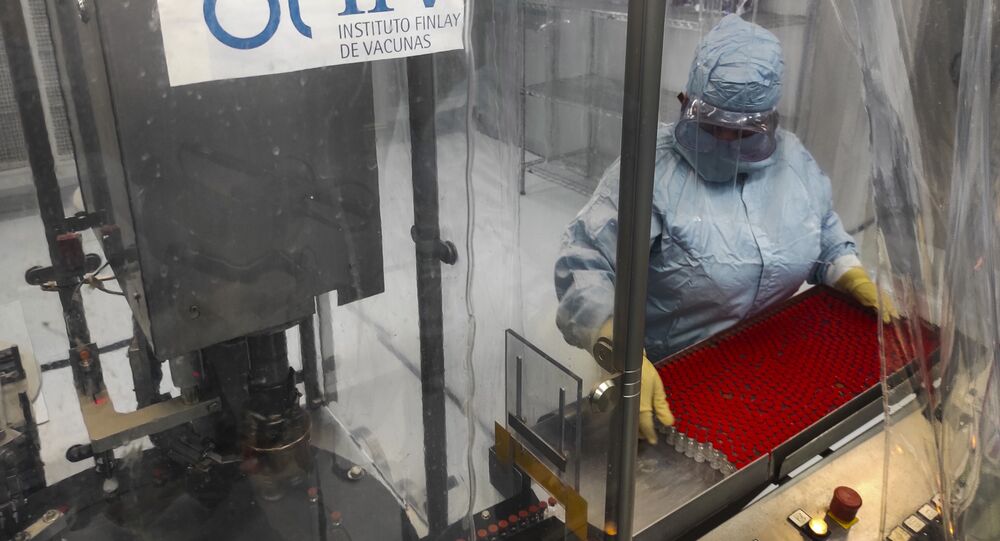 MEXICO CITY (Sputnik) – The Cuban Soberana 02 vaccine against COVID-19 has an efficacy of over 60 percent, the state-run biopharmaceutical corporation BioCubaFarma announced.

“With only 2 doses, #Soberana02 reached 62% efficacy,” BioCubaFarma tweeted on Saturday.

Cuban President Miguel Diaz-Canel tweeted that the result has been confirmed by an independent committee with the Instituto Finlay de Vacunas, but the emergency use of the vaccine is yet to be approved by the Cuban regulatory agency CECMED.

“The efficacy of #Soberana02, in its two doses, exceeds the requirements of the World Health Organization for a vaccine candidate against #COVID19 to become an effective vaccine, which is 50%,” Diaz-Canel tweeted, adding that data on the three-shot Soberana Plus vaccine will be available soon.

Cuba has developed five promising vaccine candidates: Soberana 01, Soberana 02, Soberana Plus, Mambisa and Abdala. Over 4.3 million people have participated in trials of the Soberana 02 and Abdala vaccines, according to Cuba’s health ministry.

We Are Going 100% Digital: Maduro Reveals Plan to Save Venezuela’s Economy From Hyperinflation