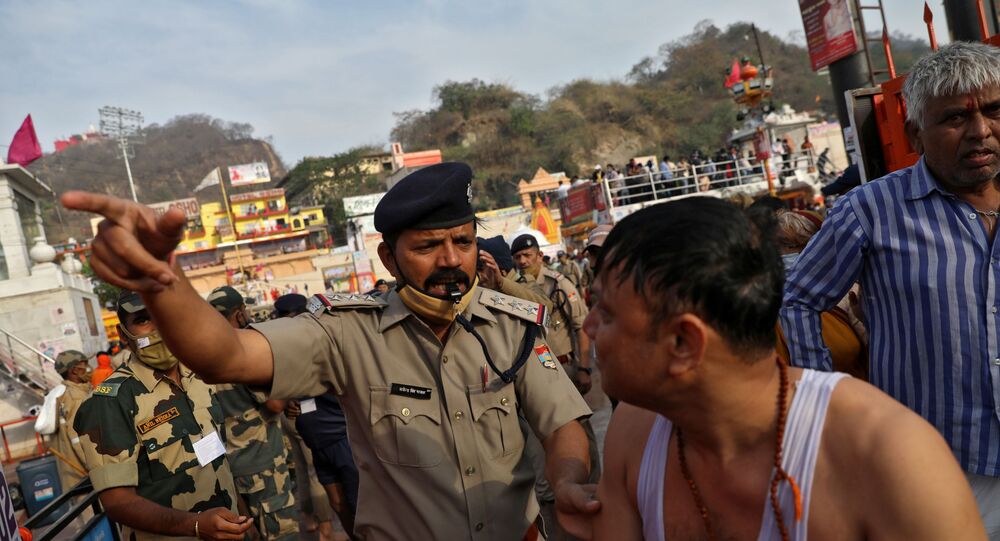 Indian citizens appear not to have learned a lesson from the dangerous second COVID-19 wave. People have started flocking to the streets and religious processions are also witnessing huge crowds.

Millions of Indians took a holy dip in the Ganges in the Hapur district of in Uttar Pradesh state on the occasion of the Hindu festival Ganga Dussehra on Sunday despite a ban on public gatherings announced by the state government.

This comes after the much-hyped Kumbh Mela, a major pilgrimage and festival held in the Haridwar district in the state of Uttarakhand, in April this year was said to have been one of the key reasons for the rapid spread of the second wave of the pandemic.

Despite the Uttar Pradesh government having allowed the opening of shopping malls and restaurants in the state after a gap of two months, the district administration banned bathing in the Ganges during Ganga Dussehra.

A Hapur District Magistrate order read: “As per the government’s unlocking guidelines only five people are allowed at a time at any religious place. Keeping this in mind, bathing during Ganga Dussehra is banned due to the pandemic”.

Apart from this, the Uttarakhand government also decided to celebrate the occasion in a symbolic way and the Haridwar district’s borders were sealed today.

Ganga Dussehra marks the day when the goddess Ganga is believed to have descended from the heavens to the Earth. Devotees believe that taking a dip in the river on this day will get rid of their sins and also heal any physical ailments.