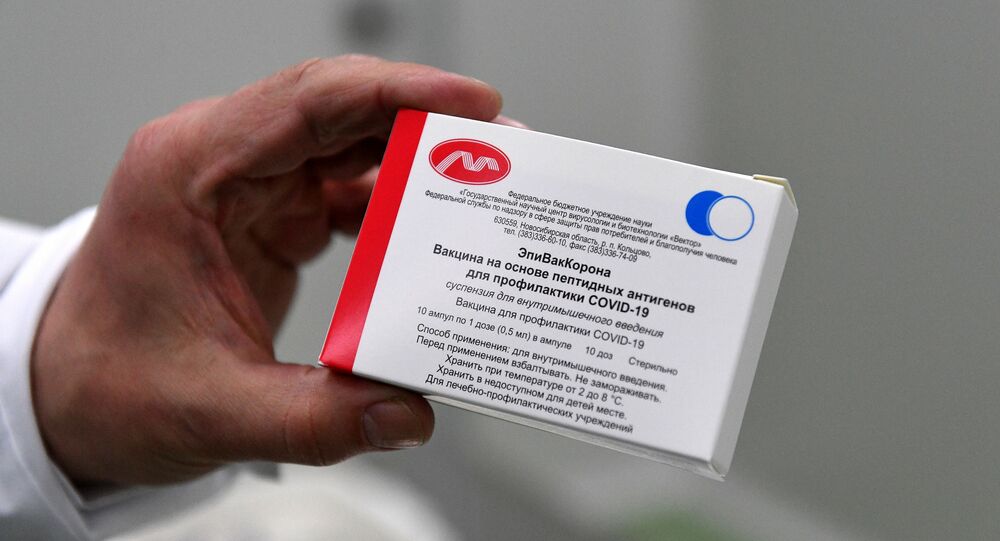 MOSCOW (Sputnik) – The post-registration clinical trials of Russia’s EpiVacCorona vaccine against COVID-19, developed by the Vector State Research Centre of Virology and Biotechnology, will be completed by the end of July, Vector chief Rinat Maksyutov said on Thursday.

“We will receive the most representative data already in the post-registration clinical studies on 3,000 volunteers, which began early last December. Six months are needed, it will be completed in the end of July, and then we will be able to summarise the final results of vaccination,” Maksyutov told Russia-24.

Neutralising Antibodies Detected in 77% of Senior Volunteers After EpiVacCorona Inoculation

Antibodies neutralising the coronavirus were detected in 77 percent of senior citizens inoculated with Russia’s EpiVacCorona vaccine during in trials, Maksyutov noted.

“Within the framework of trials on volunteers aged 60+, virus-neutralising antibodies were detected in 77 percent of the volunteers,” Maksyutov told Russia-24.

The EpiVacCorona vaccine, developed by the Vector State Research Centre of Virology and Biotechnology, is a peptide-based drug that relies on a promising synthetic platform. It consists of artificially synthesised short fragments of viral proteins – peptides – through which the immune system learns how to recognise and then neutralise the virus.